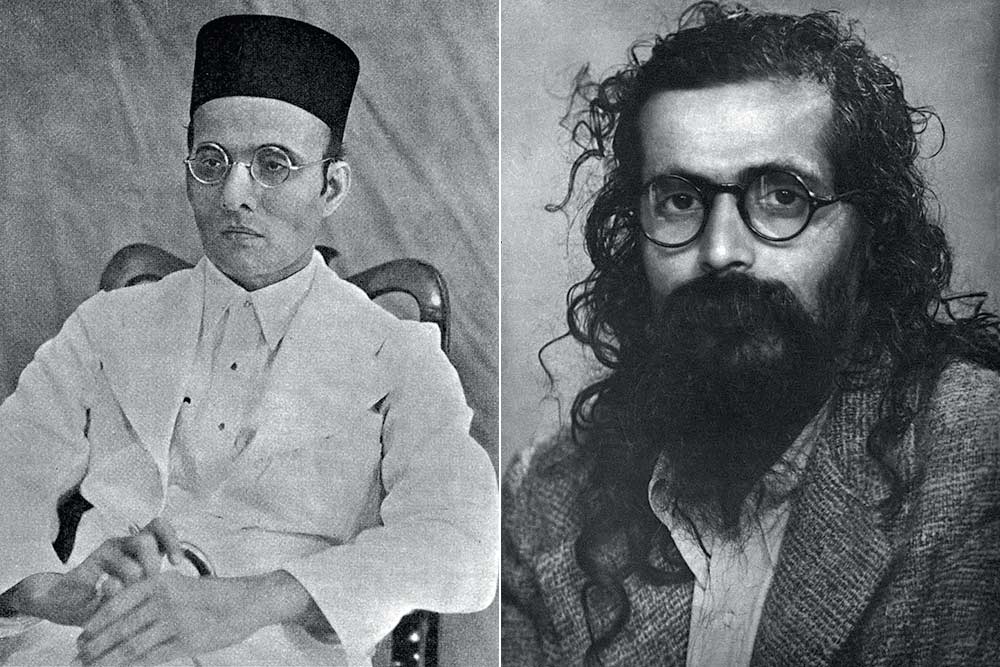 The icons of the RSS­
Veer Savarkar (pic left) and Guru Golwalkar (right)—found their own icon in Adolf Hitler.

All forms of artful deception, including invitations to political opponents, sermons of sweet reasonableness, social work exterior and professed non-political agenda, cannot camouflage the true origin, philosophy, intent and ideology of the body that calls itself the RSS. Even though organisations with ulterior and undesirable motives can do some degree of good social work, that cannot hide their true character and identity.

The RSS’s origin was steeped in an exclusivist, divisive and jingoist thought process. It sees humanity in terms of religion; its true central creed is uniformity and conformism, and its actions carry automatic hate against those who do not conform. Two of its icons are Guru Golwalkar and Veer Savarkar. The former said in We or Our Nationhood Defined: “Germany has also shown how well-nigh impossible it is for races and cultures, having differences, to be assimilated into one united whole, a good lesson for us in...