Faith meets craftsmanship in a giant granite statue of Bahubali 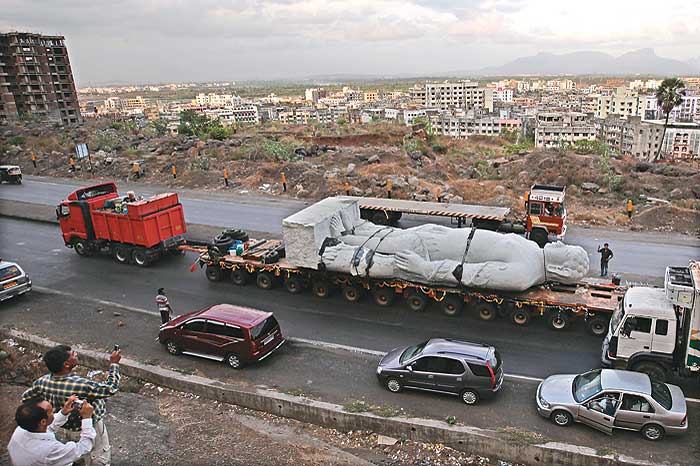 It’s a journey from the world of art to the world of faith. A 41.5-foot granite statue of Bahubali is wending its tedious way on a 146-wheel trailer truck from Bidadi, Karnataka, where it was made, to Songadh, a Digambar pilgrimage centre in Gujarat. As people flock around it, it’s not the artisan’s hands they marvel at; their rapture is for the lord, who they say is sui generis. It is this swift transference of his work from the realm of the earthly to the divine that master sculptor Ashok Gudigar, who created the monolithic statue over 18 long months, is trying to come to terms with.

Gudigar is likely to get many more orders to sculpt huge figures; indeed, some orders are at his doorstep already. But the question that’s lingering in the mind is this: Will this Bahubali give him a place in history? Will he be able to assert his authorship of it? It’s not that he thinks his work will be forgotten. Indeed, Gudigar believes that, as in the case of the 57-foot Gomateshwara statue in Shravanabelagola, of which...