Mothballed In A Shady Hangar 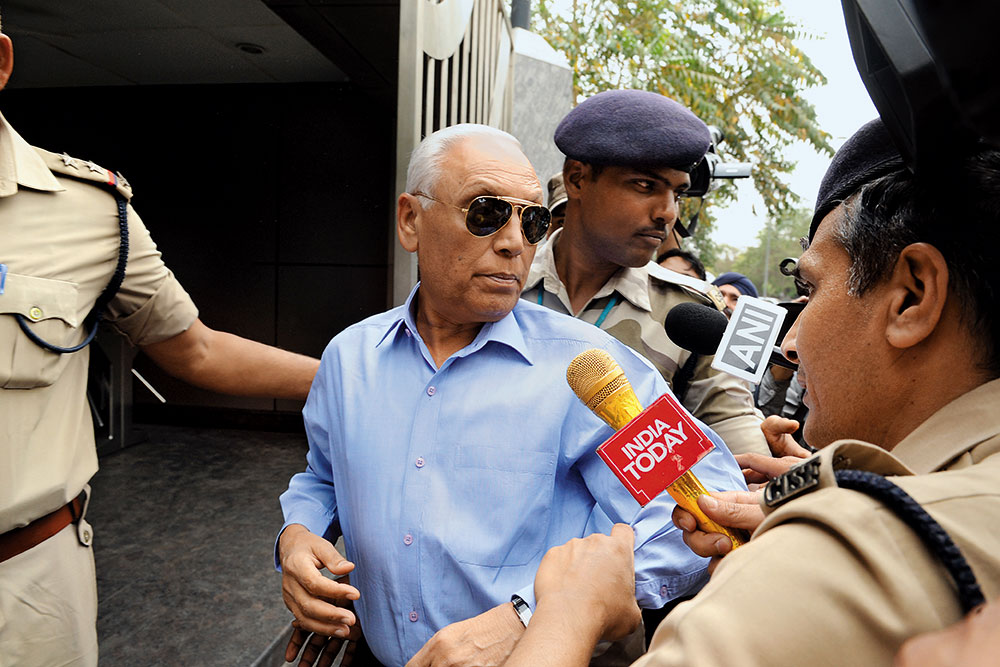 Man In Blue
Retired Air Chief Marshal S.P. Tyagi arrives at the CBI headquarters in New Delhi to join the probe in the AgustaWestland case
Photograph by Tribhuvan Tiwari
Mihir Srivastava May 13, 2016 00:00 IST Mothballed In A Shady Hangar

The Tyagi brothers—Sanjeev ‘Julie’ Tyagi and his elder brot­her Rajiv Tyagi, known as Docsa—are seated in the lobby of their Sainik Farms residence where the three brothers (Sandeep Tyagi is not here at the moment) live together in two cottages in the compound. A number of cars are parked on the driveway that extends along the periphery of the property, including a white S-Class Mercedes Benz. The house is tastefully done and the brothers display the mannerisms of a typical middle-elite family from Uttar Pradesh.

Clearly, business has been good.

For the past 30 years, the Tyagis have been identifying and liaising with international joint venture partners for Indian private sector undertakings in the infrastructure sector, particularly power projects. It was this line of business that brought them in contact with Finmeccanica, as consultants primarily in the power sector. The association dates back to 1995, with Ansaldo—a Finmeccanica company—for which they received payments. “That was way before the...