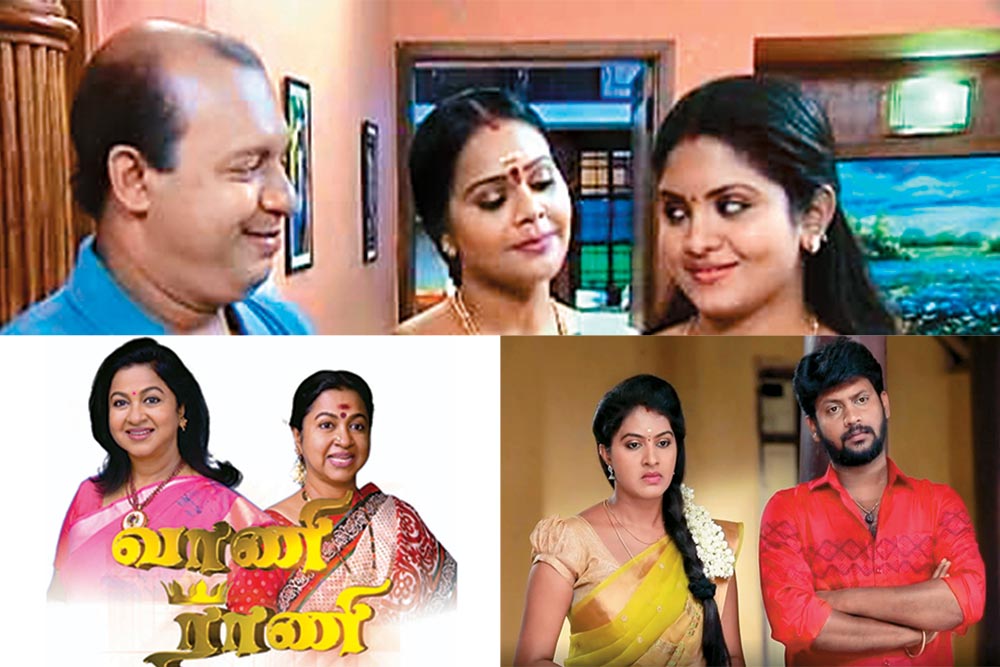 Epic Frames
A still from Saravanan Meenatchi (above); Radikaa in Vani Rani (left); a still from Parasparam

For more than five years, twin sisters Vani and Rani have occupied the drawing rooms of Tamil families. Their trials and tribulations, misunderstandings and patch-ups have gripped Tamils in an emotional bind. In Tamil Nadu, the ‘twins’ plot is almost reaching the inexhaustive ‘saas-bahu’ proportions of north Indian TV. Radikaa Sarathkumar, the main protagonist of Vani Rani—that features in the 9.30 to 10 pm slot on Sun TV, and which has now crossed 1,600 episodes—plays a twin in a mega serial for the fourth time. An accomplished actress from the big screen, and also the producer of all her serials, she has carried the ­rebounding roles with elan.

A veteran who has been associated with Sun TV for over 20 years, Radikaa says keeping the audience interested and invested in a ser­ial beyond 1,000 episodes is a lot of hard work. “Our creative team and my fellow artists have stuck together for years and sailed along smoothly. It’s a major achievement for a serial this long,” she says. “Usually, you find...