'More Has Been Read Into Kashmir Mediation Than Obama Intended'

Clinton administration's assistant secretary of state, will have much to do with South Asia policy as a key foreign policy advisor to Barack Obama, 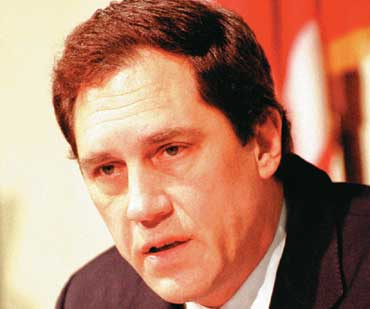 outlookindia.com
-0001-11-30T00:00:00+05:53
Karl Inderfurth, an assistant secretary of state in the Clinton administration, is a key foreign policy advisor to Barack Obama, guiding him past the landmines of America's South Asia policy. He spoke to Ashish Kumar Sen on US-India relations. Excerpts:

US-India relations blossomed under the Bush administration. What are your predictions for this relationship under President Obama?

We have seen a remarkable transformation in US-India relations in a relatively brief period of time starting under president Clinton and his visit to India in March 2000. This was accelerated under president George W. Bush. It's a very important signal that our new relationship with India is bipartisan, that there is strong support for this new direction in foreign policy. I expect and strongly believe that this upward trajectory...will be continued under President Obama.

In a recent interview, Obama said: "We should probably try to facilitate a better understanding between Pakistan and India and try to resolve the Kashmir crisis so that they can stay...