Morals And The Major 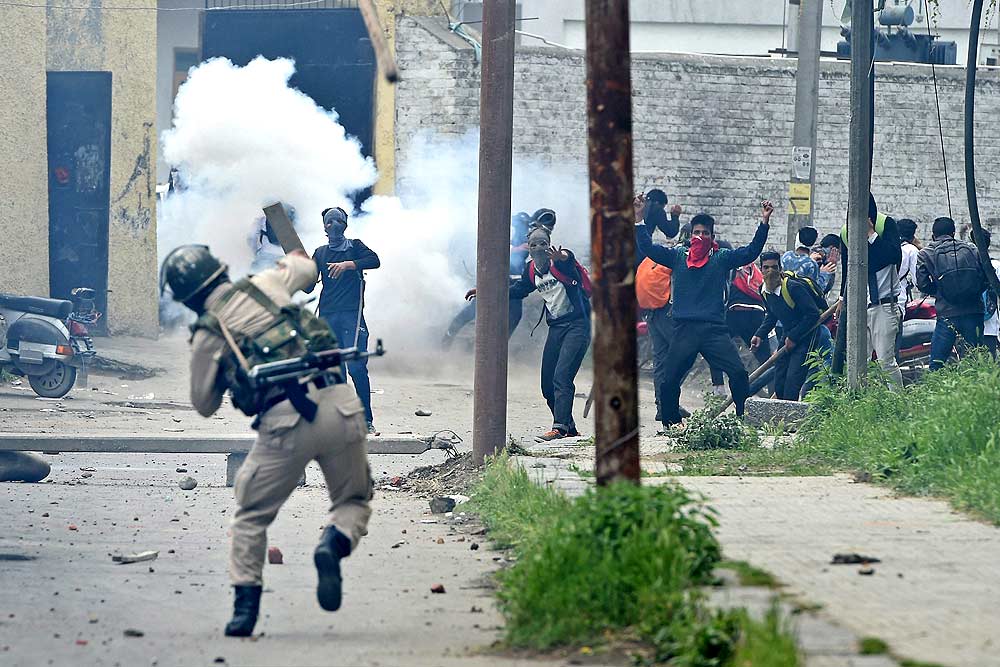 Out Of Gas
In the haze of tear-gas, a policeman throws a stone at stone-pelting protesters outside a college in Srinagar
Photograph by PTI
Naseer Ganai May 25, 2017 00:00 IST Morals And The Major

When an interview of Indian Army officer, Major Leetul Gogoi, was being aired on every TV channel on Tuesday evening, a legislator of the Jammu and Kashmir Assembly, Engineer Rashid, put his TV set on mute. Alone in his official quarters in Srinagar—he keeps no security guard—Rashid is livid as he wonders how a government, which moves the International Court of Justice (ICJ) to make Pakistan uph­old human rights in the Kulbhushan Jadhav case, rewards an officer res­ponsible for a grave violation of human rights in Kashmir.

“It is a humiliation for all Kashmiris and undermines mainstream politics even more,” says Rashid, who claims he too was used as a human shield and bonded labour by the army in the past. Former chief minister Omar Abdullah is also similarly outraged. “In future, ple­ase don’t bother with the farce of a military court of inquiry. Clearly, the only court that matters is the court of public opinion. International conventions such as the Geneva/Vienna ones only count when India can accuse others of violations....