After the tough Gujarat polls and ­Rajasthan drubbing, in the duo’s last mile dash, Modicare, MSP, even DeMo will all be ammunition to snipe at the Congress’s scam skeletons. But BJP insiders agree it is not an easy task. 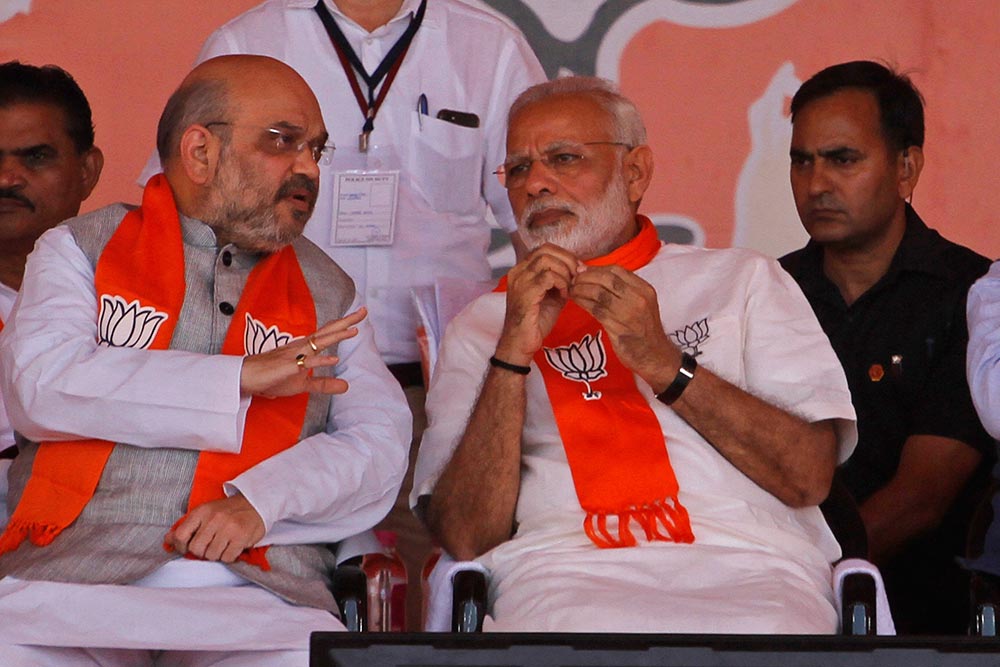 The first grim tidings came from the state to its south, with the bar graph of success dipping in height conspicuously. But the party pulled through in Gujarat, and it was left to Rajasthan to wear the taint of outright defeat, even if only in three bypolls. Chief minister Vasundhararaje, as she emerged to describe the drubbing as a “wake-up call” for the BJP, had an uncharacteristic air about her: sedate, shorn of that usual sense of pomp, deep in thought. With caveats, that perhaps describes the mood in the party nationally too, as it nears the home stretch to the 2019 Lok Sabha elections. It was to be an unquestioned mandate, drawing on the limitless Modi cheque for the second time. But with just a year shy of Lok Sabha campaign time, the BJP finds itself a trifle apprehensive, in a way they had not anticipated.

With good reason. If the trend of diminishing returns seen in Gujarat/Rajasthan persists in the assembly polls later this year, it would not just be a marker of receding popularity but could itself create a negative momentum. The key problem for the...