'MNC Software Companies Are In India For IQ Suck' 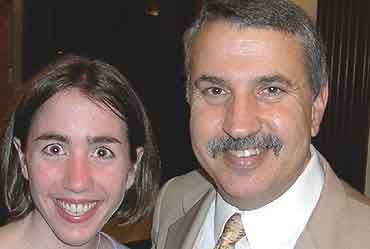 outlookindia.com
-0001-11-30T00:00:00+05:53
He’s put India at the centre of a new, flat world map. He thinks the new, changing India can become an economic powerhouse. He feels Indian policymakers have a chance to change the fortunes of the next generations. Excerpts from an exclusive interview with the three-time Pulitzer Prize-winning New York Times foreign affairs columnist, whose The World is Flat has just topped a million.

Have you noticed a change in mindsets or attitudes of the Indians you have interacted with over the past decade because of the outsourcing boom?
I don’t want to pretend that I have met with the entire cross-section of India. There are people in villages that I haven’t encountered. I am meeting a self-selected group. Of that group, I would say that people are more self-confident. But not in an American way, as Indians, by culture and nature, are more reserved and not boastful. I would say, and this is a gross generalisation, they are less interested in politics and more interested in growth opportunities.