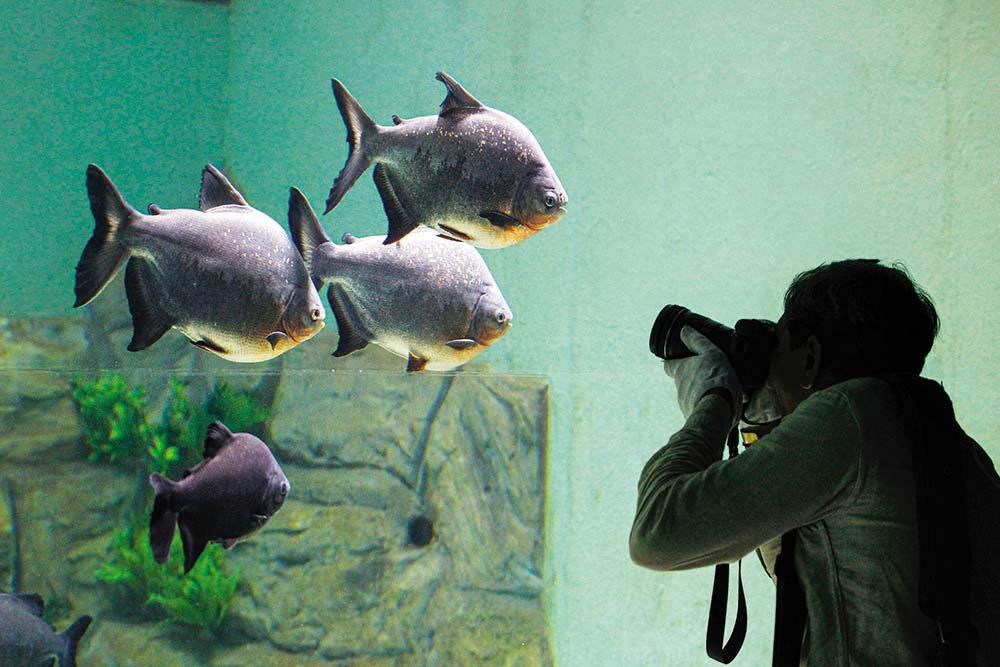 A photographer takes pictures at India’s largest aquarium ahead of its inauguration in Science City, Ahmedabad
Photograph by PTI
July 14, 2021 00:00 IST Mixed Shots 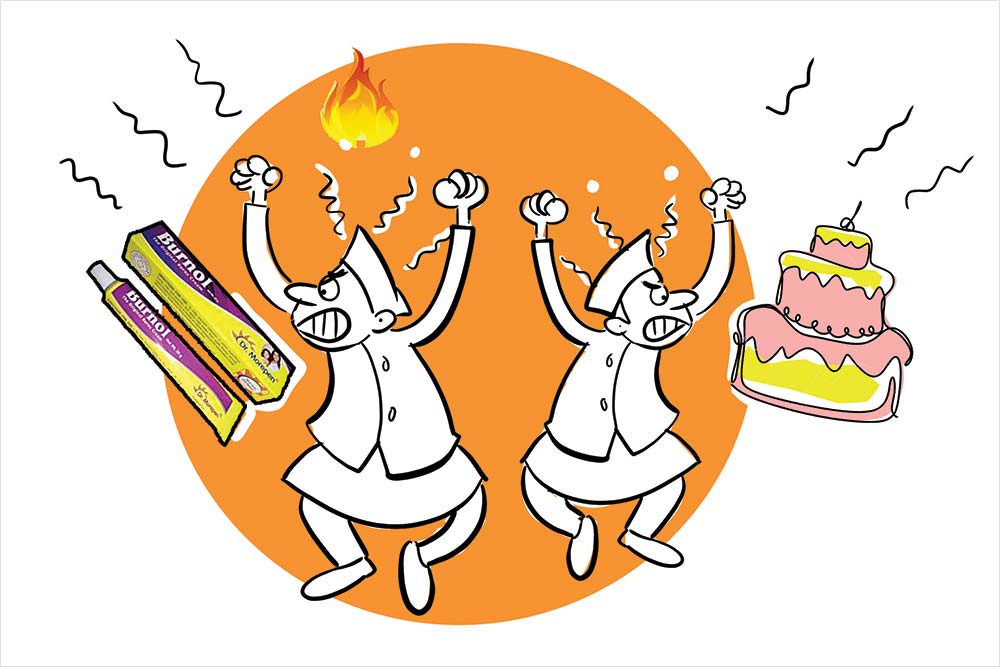 Sometimes action speaks louder than words. Take a Madhya Pradesh Congress leader’s act as a cue. He sent tubes of the popular ­antiseptic cream Burnol through an e-tailer to the state’s home minister Narottam Mishra after Jyotiraditya Scindia, a former Congressman, was inducted in the Union cabinet. ­Apparently, Mishra was eyeing a berth in the Modi ministry, but Scindia pipped him to the post. And hence, the common ­palliative for burns to “ease pain”. In Goa, matching up to the Goan spirit, the gift of choice for “backstabbing the voters” was ­confectionary in nature. AAP sent cakes to 10 MLAs on the second ­anniversary of their switch from the Congress to the BJP, giving CM ­Pramod Sawant the majority in the assembly in July 2019.