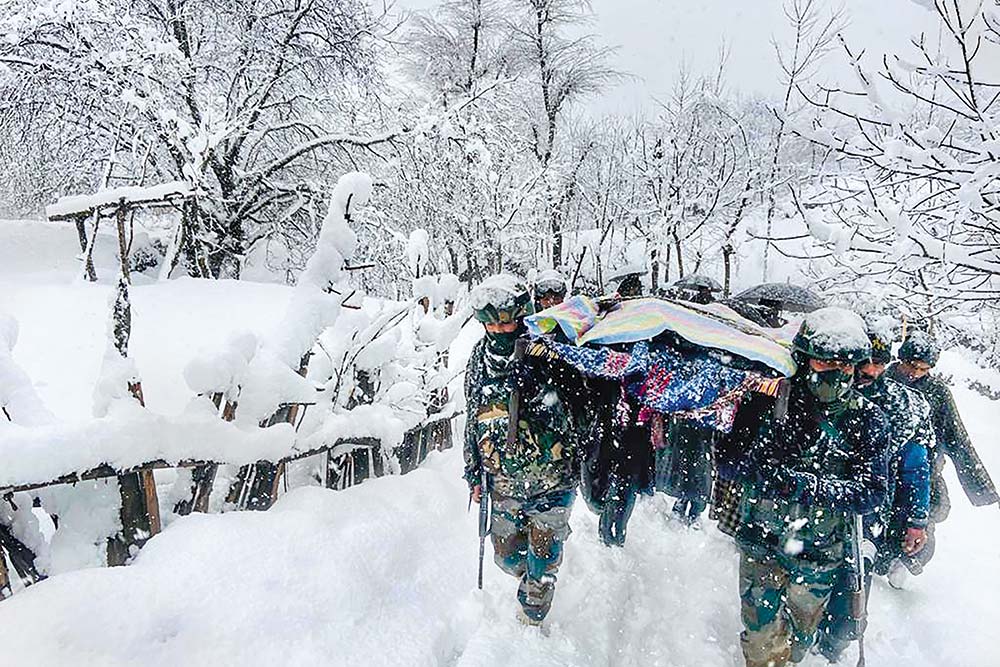 Security personnel carry a mother and her newborn baby, who were stuck due to a blizzard, to their house during snowfall, at Lolab valley in Kupwara district of Jammu & Kashmir 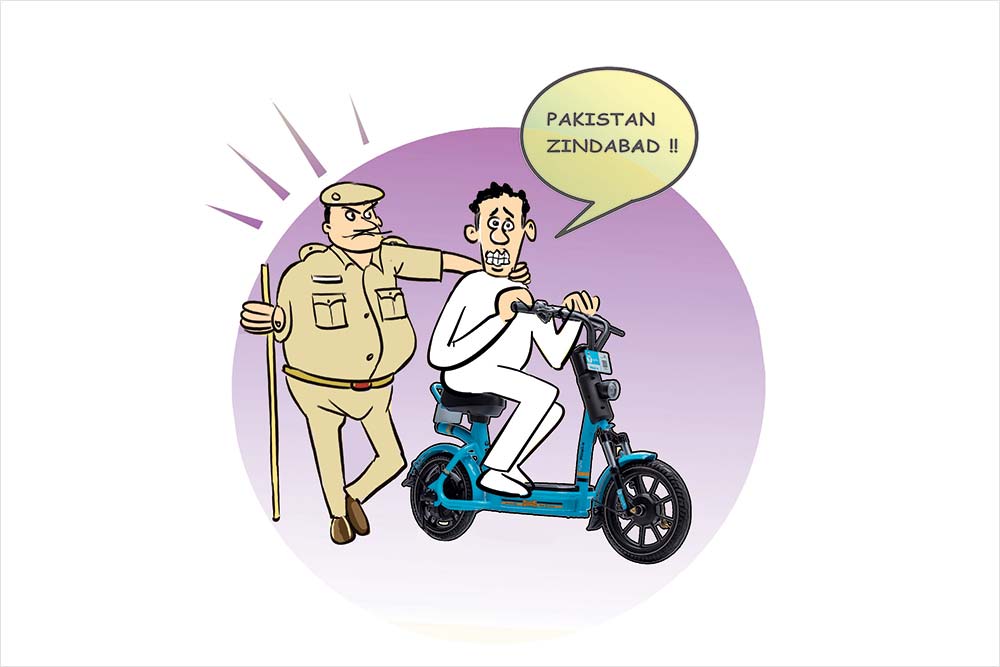 Zindabad, All In Jest

This charade could be the dumbest—a group of youngsters and chaperoning adults racing each other on rent-and-ride e-bicycles near Khan Market in Delhi’s India Gate area before Republic Day. There’s no curb on riding bicycles, but when the group decided to spice things up, giving each participant a name based on nations, such as Pakistan, the direction changed unbeknownst to them. When the young fellow, aka Pakistan, raced ahead, and “Pakistan Zindabad” rang out in collective applause, the game got serious. The six people spent several hours at a police station before they could convince they shouted the suffixed bywords for anti-nationalism “in a lighter vein”. They were let off, but the probe continues. 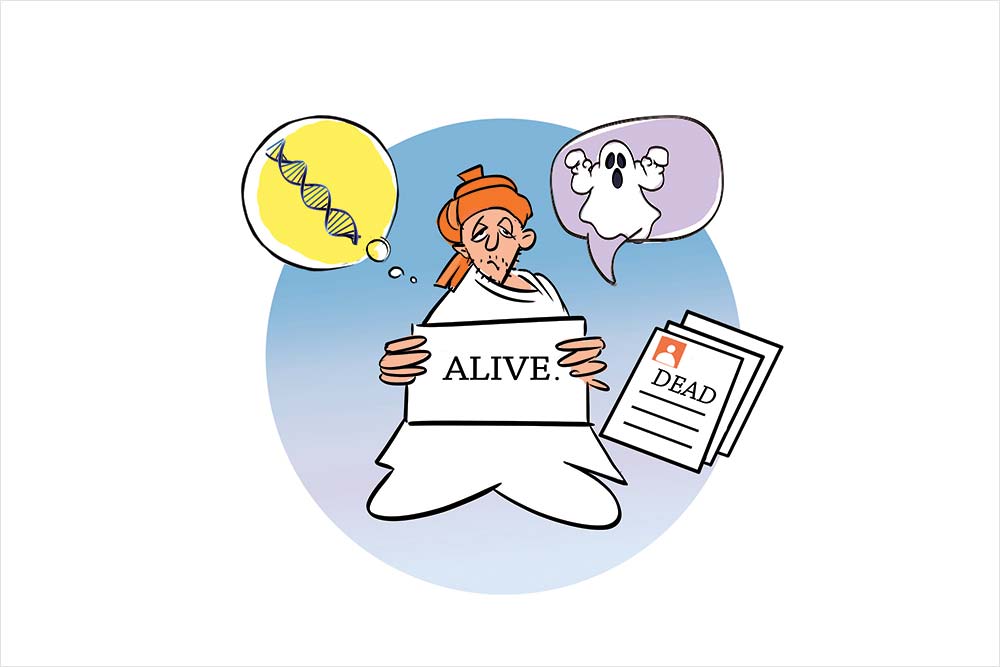