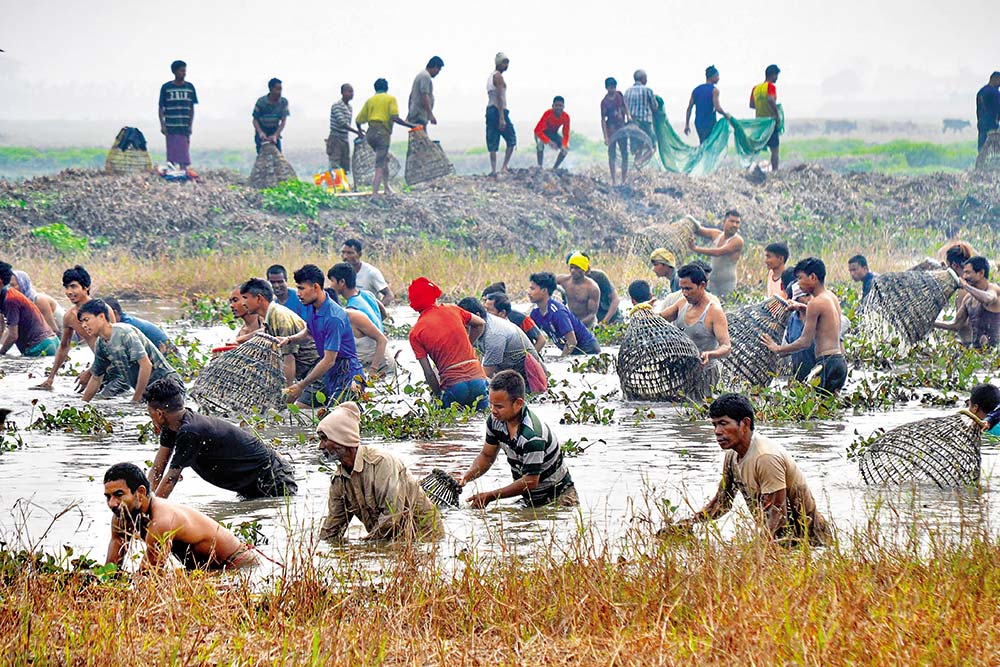 Catch of the Day
Villagers at a community fishing event in Assam’s Morigaon on the eve of Magh Bihu, which coincides with Makar Sankranti, Lohri and Pongal 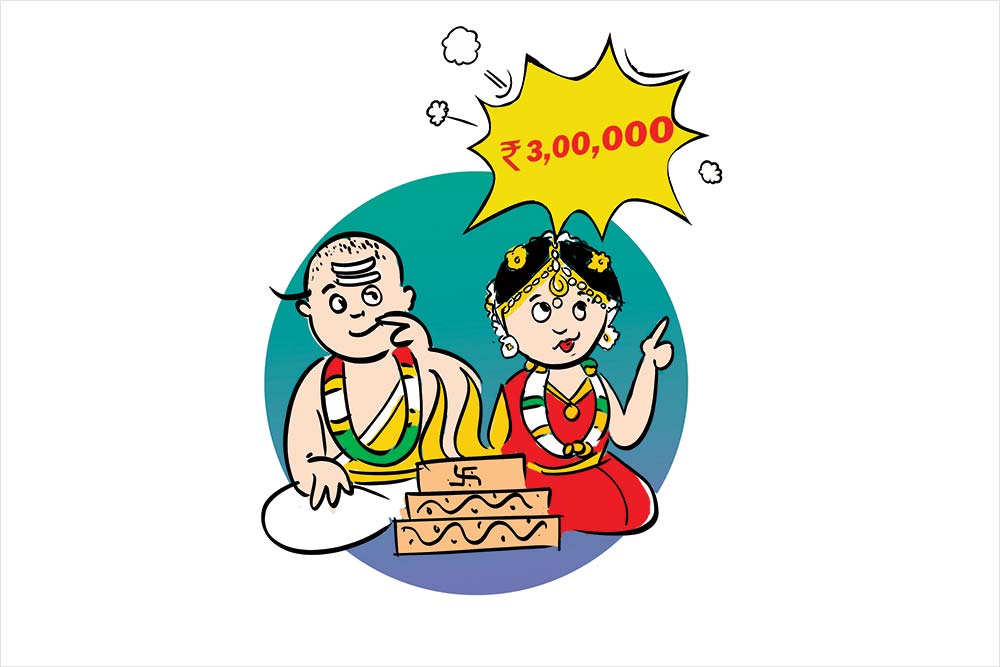 In a society soaked in caste—primordial and prejudicial—some of its creamy layer is dripping down to the bottom of the economic pyramid. It needs help. And so, Karnataka has unleashed Arundhati and Maitreyi: two marriage schemes for poor Brahmin brides. Arundhati gives 550 poor Brahmin women Rs 25,000 each for their wedding, while Maitreyi offers a financial bond of Rs 3 lakh to 25 Brahmin women who marry penniless priests. The caveat is that the couple must stay married for three years. These schemes follow Shaadi Bhagya, launched by the Congress government in 2013 to provide Rs 50,000 for the marriage of women from poor minority families. Current CM B.S. Yediyurappa had then criticised the scheme. Brahmins constitute about three per cent of Karnataka’s population of 60 million.