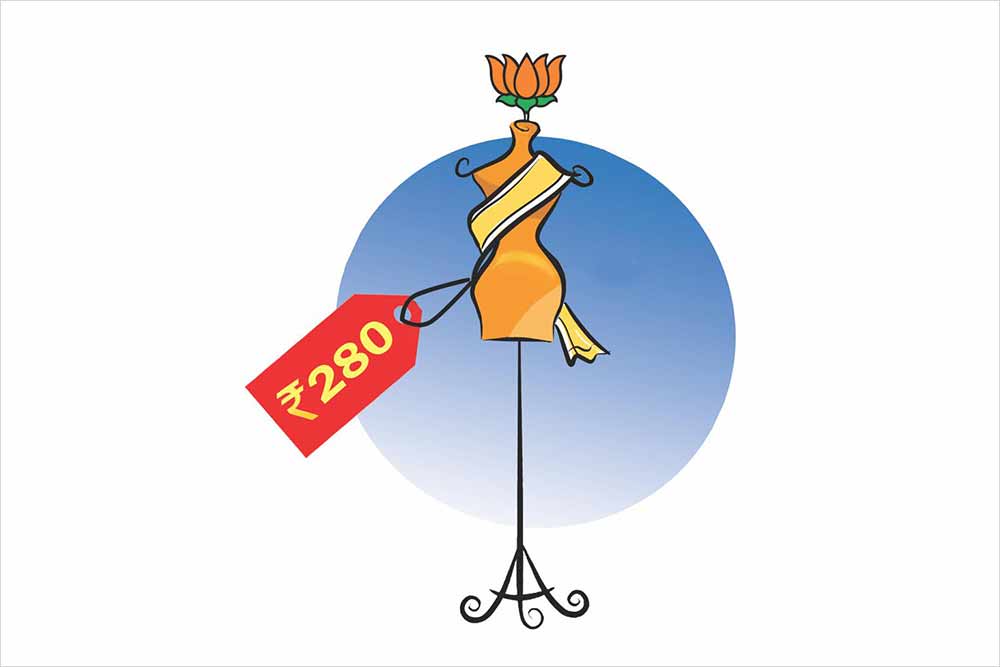 What better way to make the lotus a part of people’s lives than emblazoning it on their saris. Perhaps, that’s the motivation behind West Bengal BJP mahila morcha chief Agnimitra Paul’s designs that she asked female party workers to buy. They, however, are unimpressed with her attempt to be ‘vocal for local’. “This is politics, not a fashion show,” declared a worker. Obviously, this has nothing to do with the fact that Paul is a fashion designer. After all, she has been one for 23 years and does not need to resort to “cheap tricks” to sell her designs, she says. Whether the trick is as cheap as the sari, priced at Rs 280 apiece, remains open to speculation.

A sunny day by the Devil’s Lake in Berlin heralded a surprise for sunbathers—an unforgettable comic sketch involving a man chasing boars. In this...