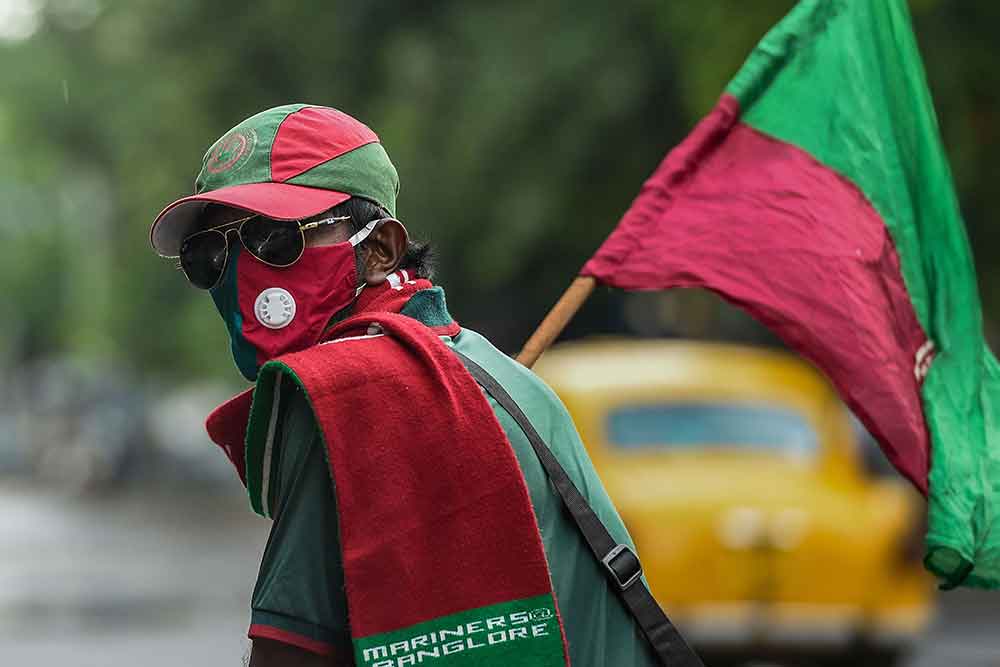 A fan on Mohun Bagan Day­—celebrated every July 29 to mark the Calcutta team’s historic victory over East Yorkshire Regiment in the IFA Shield final in 1911.

Apology Of A Son

Israeli Prime Minister Benjamin Netanyahu’s son Yair has hogged the news for his tweets and subsequent apologies. His latest offence? Posting a photo of goddess Durga with Liat Ben Ari, the prosecutor in his father’s corruption case, photoshopped over her face. Her manifold arms are shown as giving the middle finger. The tiger that accompanies the goddess has Attorney General Avichai Mandelbit’s face. After facing criticism, Yair apologised. He earlier got into trouble for alleging that journalist Dana Weiss had attained her position through sexual favours. If Trump’s Twitter timeline is anything to go by, Yair seems to have a promising career as a politician.