Former CBI special director D.R. Karthikeyan laughs off claims made by Nalini in her book that main accused could have been captured alive 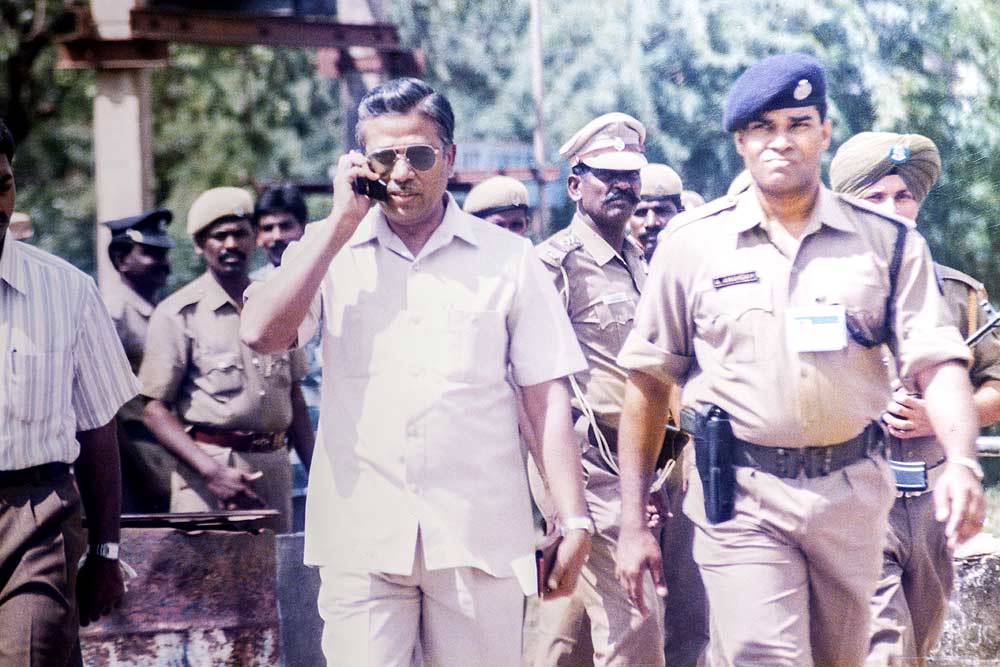 Karthikeyan, then SIT chief, in Chennai in the early ’90s

Former CBI special director D.R. Karthikeyan, who headed the special investigation team (SIT) to probe the assassination of Rajiv Gandhi, laughs off claims made by Nalini in her book that main accused Sivarasan could have been captured alive but the CBI “deliberat­ely tried to portray him as difficult to catch”.

“Maybe CBI should have appointed her to investigate,” mocks Karthikeyan, saying that her claims deserve only contempt. He says it suited fringe political parties to keep the issue alive. “So now, killers will be glorified and made heroes,” the former SIT chief says. Allegations, he insists, don’t affect him.

In fact, he says he takes these as endorsements. “Coming as they are from a key member of the conspiracy, it is one more confession that their group killed Rajiv Gandhi. Not that we need this endorsement, since it has been recogni­sed as the investigation of the century,” Karthikeyan says.

He says the SIT’s efforts were applauded by the entire world. “It was no mean task to...