Siddaramaiah has survived the threat of a rift in his cabinet by recognising the Lingayats as a religious minority. But this may not be the end of his troubles. 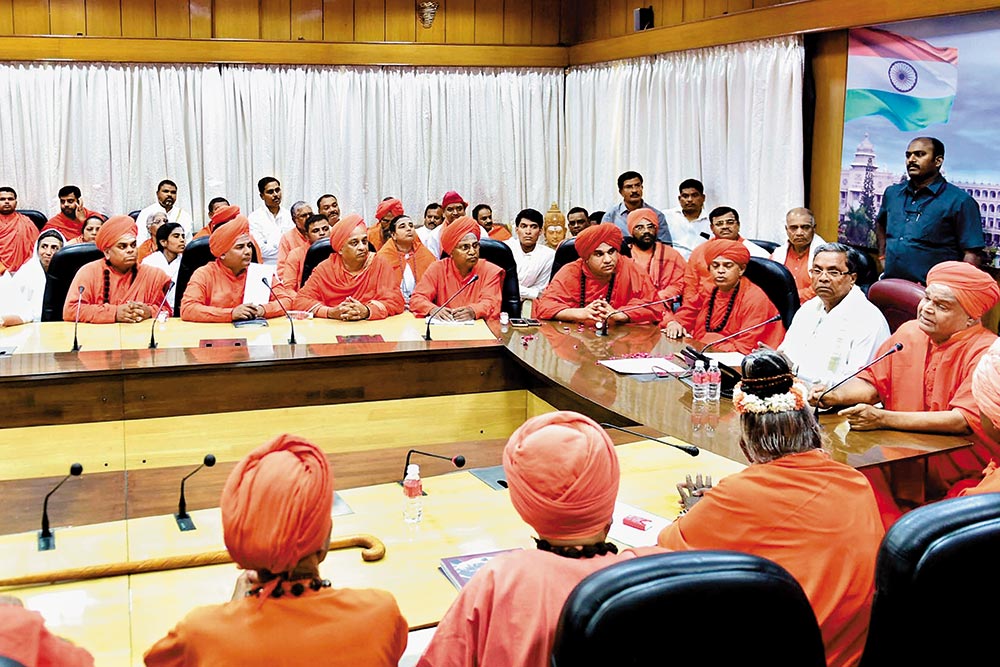 A tweet and a political feat—bet­ween these two separate events in a week’s span appeared some cracks that Karnataka’s ruling Congress has struggled to paper over. The first was a loud complaint about the selection of candidates, not uncommon in election season, and yet surprising because it came as a tweet by senior Congress lea­der M. Veerappa Moily’s son. The second event, certainly more politically significant and risky, was Chief Minister Siddaramaiah’s decisive move to recognise the large and powerful Lingayat community as a ­religious minority.

In the run-up to Monday’s announcement on Lingayats, there was enough rumbling to suggest the Congress was in a tricky position. The key issue—one that has been debated endlessly over the past year—was whether the Lingayats and Veerashaivas, who form a significant section of the state’s electorate, were to be seen as distinct from each other after long years of a synonymous coexistence. While pressure mounted from religious seers arrayed on both sides of the...