Mind Of A Worried Man

Vajpayee has been making some unsure moves. What's eating him? Updates 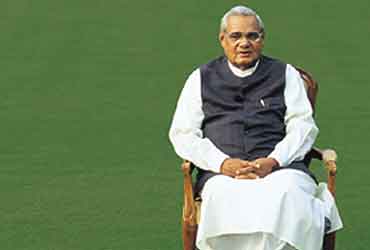 sari stampede in which 22 women died

Election 2004 had been billed as a presidential contest. As the BJP liked to put it, it is Atal Behari Vajpayee versus a question mark. But the man at the axis of the entire BJP-NDA campaign hasn't been himself since the April 12 stampede in Lucknow. The frown lines on his forehead look somewhat more pronounced and he has been making remarks that reveal a disturbed mind. He seems tired and there have been whispers that he is inclined to give it all up. In short, question marks abound.

First, Vajpayee confounded his own party and the entire NDA brass when he said he was tired of running large coalitions. This was a curious statement from the consensus man who had made his pet coinage, "coalition dharma", very much an article of faith—a man who realises it is the NDA and not merely the BJP that is his biggest strength. Then Vajpayee set off...