People largely err in finding their spiritual master. The guru shouldn’t be a rockstar with fans willing to obey anything. The case isn’t different outside India too. 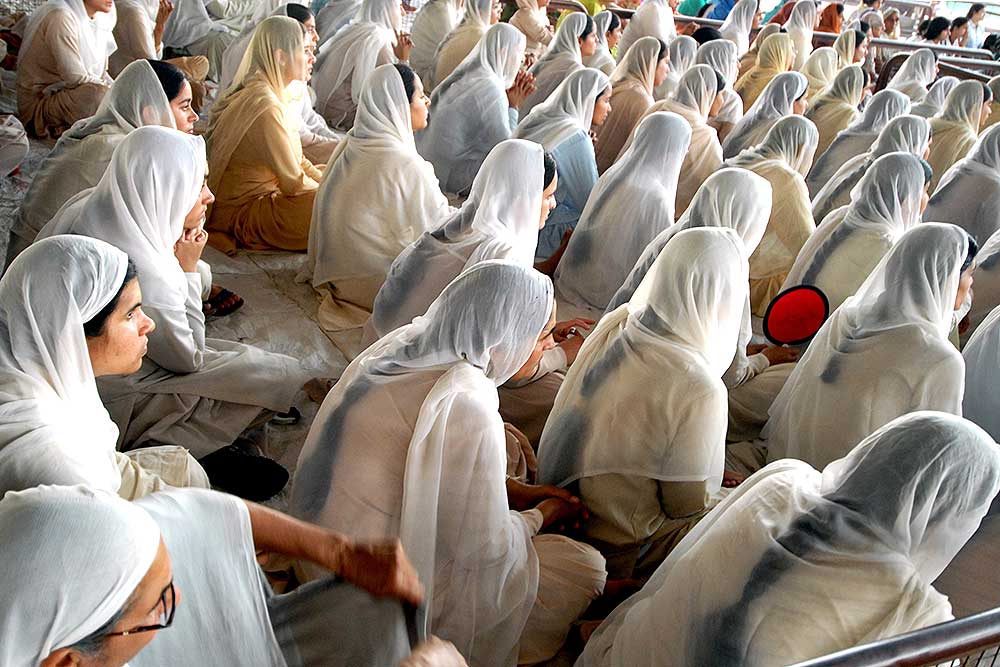 Herd Mindset
The sadhvis at Dera Sacha Sauda like most followers of such cults, simply go by commands
Photograph by Tribhuvan Tiwari
Devdutt Pattanaik August 31, 2017 00:00 IST Middlemen In God’s Market

It is human to try and understand nature and use that knowledge to improve the quality of life. The forager did it. The hunter did it. The fisherman, the herdsman and the farmer did it. But where does nature end? Does it exist bey­ond sight and sound? Beyond senses? Who can access this world beyond name and form?

In tribal society, there was the shaman. In Chinese society, the shaman became king, for he had the ‘Mandate of Heaven’ to rule. In Greek soci­ety, kings claimed that their father, or mother, was a divine being. It made them special. In Arab-Persian society, there came God’s messenger who introduced the idea of God who created the world and his message of how we are supposed to live in it. The messenger was the leader; he spoke to God, and followed God’s instruction, and told people who should be king.

In Vedic society, it was the rishi who ‘heard’ what no one else could hear. That secret knowledge was transmitted by ritualists (brahmana) and passed on by teachers (acharyas), who granted kings legitimacy. But then...