Good monsoon or bad, glut or drought, boom or bust...it’s always fair weather for the range of middlemen who come between the farmer and consumer. An anatomy of the trade. 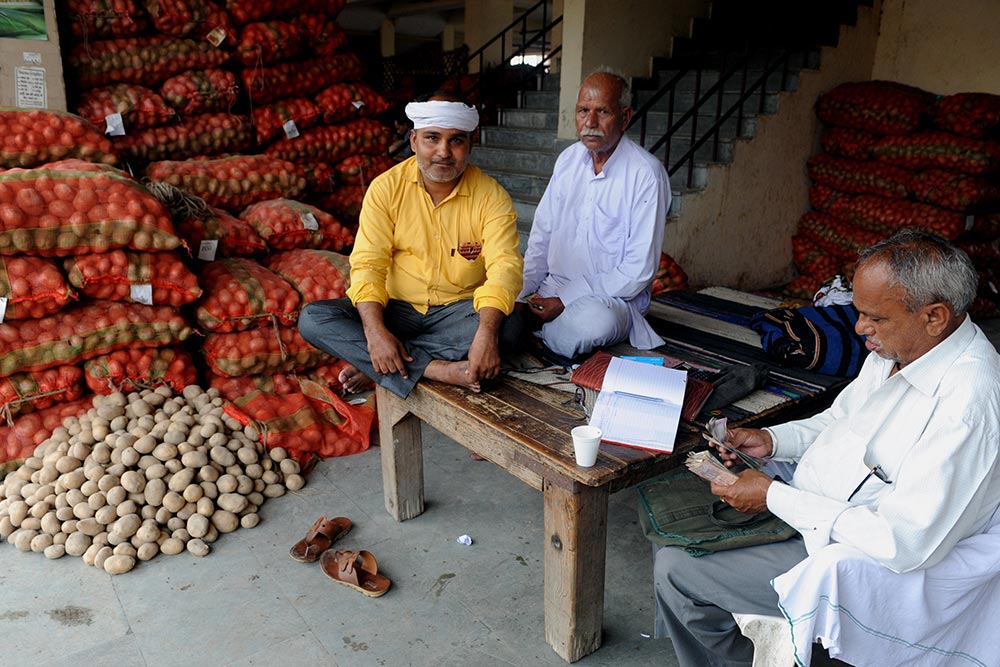 One of the axioms of logic is called the Law of the Excluded Middle. Something has to be eit­her true or false—there’s no middle ground. As we all know, economics works a bit differently. Facts can be fickle, data pliable, and different things true at the same time. A kilo of potato can be worth both 11 paise and many multiples of that. Of course, you need to look at both extremes of the food chain to see this. But there’s a zone of stable truth in all this, and for that you need to include the middle. Or personify it. We’re talking of the Middleman, the one with a 900 per cent mark-up.

That’s a bit simplistic, but see it like this. We could be in a raging hyper-inflation, with a kilo of onions going for Rs 150, and consumers getting teary-eyed enough to vote out governments. Or we could be in a crisis such as we see now, where farmers across half of India are so desperate that many consider death by pesticide (and some, by police bullet). But between consumer and producer, there’s a vast middle ground that’s relatively...