Men’s Chamber No More As She Opens The Doors 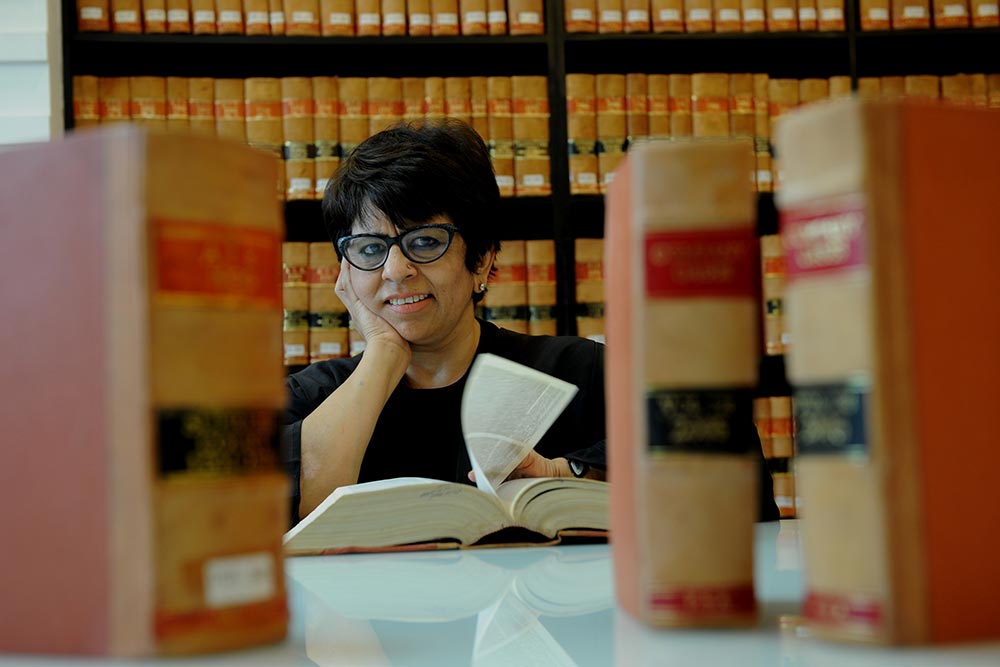 It Happens
Priti Suri wanted to be a diplomat but ended up a lawyer
Photograph by Tribhuvan Tiwari
Ushinor Majumdar May 23, 2017 00:00 IST Men’s Chamber No More As She Opens The Doors

In the young business of corporate law, the role of gender is slipping away from the transaction tables. Thanks to the pioneering work of some women lawyers, others now inch up the ladder at the same pace as their male counterparts. They are not ornate additions to the firm’s brochure, but stand out for working the same long and intensive hours that a corporate law practice requires.

Corporate law practice is slang for a non-litigating practice in laws dealing with corporate bodies, including contracts, company law, securities law, project finance, mergers and acquisitions, labour, property and so on. The corporate lawyer is a relatively new animal, which has found flight largely since liberalisation. Most Indian law firms had a large law practice in the courts, but adapted to the new jobs and possibilities. In fact, many found it far more profitable than litigation.

Like the rest of the profession, it remained a male bastion for long until some pioneering women broke through the discrimination barrier. Zia Mody grit her teeth and flashed past prejudices with...