A long house arrest, a long exodus of lieutenants, the long shadow of ED sleuths, the long silence of new ‘friends’…can the feisty last CM of unified J&K ever bounce back? 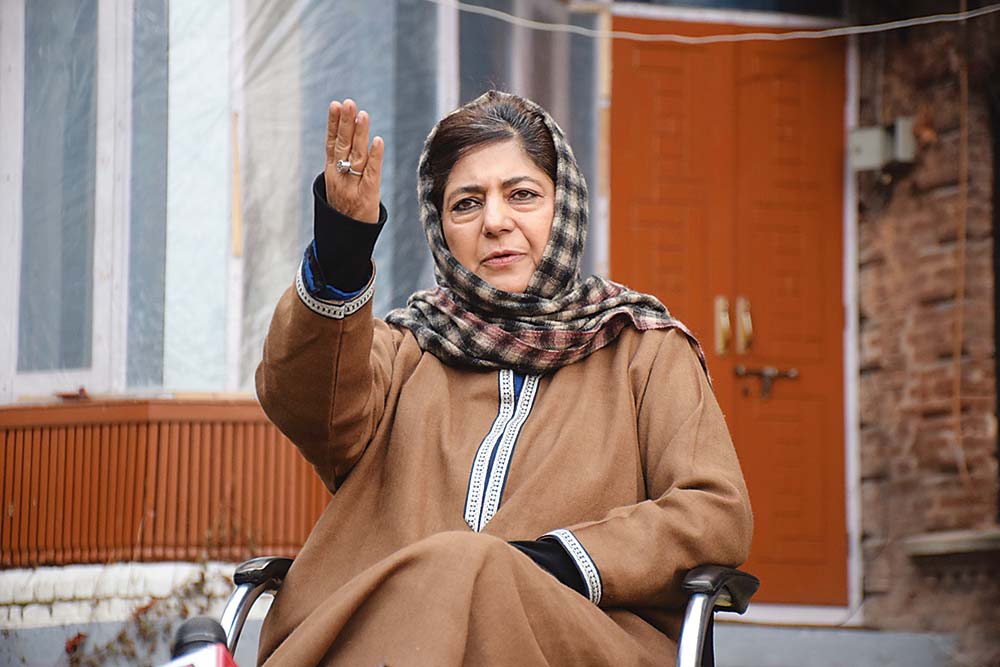 Questions are asked, answers are expected. But questioning spawns questions, sometimes. Like in the case of Mehbooba Mufti—the Peoples Democratic Party (PDP) president and the last chief minister of Jammu and Kashmir before it ceased to exist as a state, became a Union territory and lost its distinctive constitutional privileges. And like J&K, Mehbooba’s past and present are separated by a date. August 5, 2019—the day J&K changed. She and most politicians in the Valley spent months under house arrest and her one-time friend, the BJP-led Centre, chipped away at the foundations that defined Kashmiri regional politics. She lost ground and men—desertions besieged the PDP. Then the Enforcement Directorate came. She is accused of “money laundering”—siphoning off money from the CM’s discretionary fund for personal and party use. And when she and her mother applied for a passport for a pilgrimage in Mecca, the applications were rejected. The cops didn’t give a favourable report; called her “detrimental to the...