Media Diary: Why Are There No Dalits In India's Newsrooms?

In newsrooms, caste is omnipresent, yet casteism is never seen as significant enough to be a category of news like politics, sports, crime, films, entertainment and lifestyle. 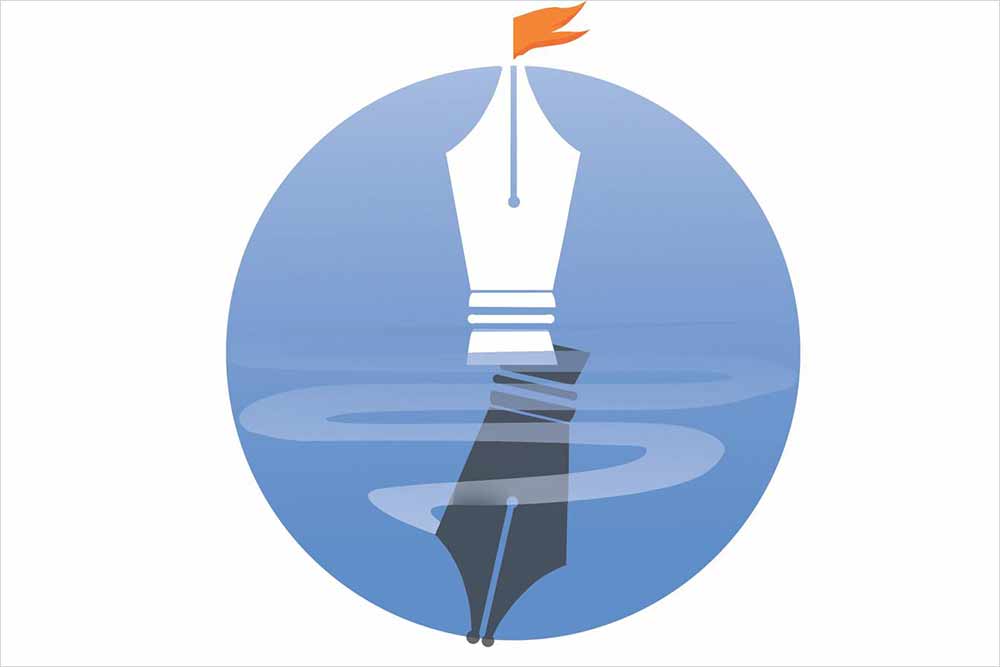 Illustration by Saahil
Jeya Rani August 13, 2020 00:00 IST Media Diary: Why Are There No Dalits In India's Newsrooms?

Being a journalist bestows no privilege on a Dalit. Every Dalit who steps into the media does so hoping to bring about a big change—“I won’t live the life I lived till now. I won’t spare caste. I will expose every atro­city.” But aspiring to write on caste makes a Dalit an alien in any media organisation. All thro­ugh my 18 years of journalism, I was seen as an alien in every media organisation I worked in. It takes just a week for the reality of the “mainstream” to hit you—just two editorial meetings are eno­ugh. There is always someone willing to write on corruption, crimes, scandals… In this barrage of sensationalism, the Dalit wonders whether to even discuss her ideas or the notes she made on a caste-rel­ated crime, say an honour killing. Being left tongue-tied in an indifferent atmosphere is often her first journalistic experience. If she musters enough courage to voice her idea, she becomes an alien. Caste is omnipresent, yet casteism is never seen as significant enough to be a category of news like politics, sports, crime, films, entertainment and lifestyle.

No to the Affirmative

Representation or reservation is a hated word in India. How many media organisations would follow the reservation policy to uphold the cause of social justice they espouse in their columns? Lack of talent is often cited as a reason for not hiring Dalit journalists, but I have seen many non-Dalits being given opportunities repeatedly until they could learn. But Dalits are expected to prove themselves immediately or leave! The three-century-old Indian media lacks diversity—it’s full of privileged caste Hindus, especially the Brahmins. Little has changed in 25 years since journalist B.N. Uniyal wrote In Search of a Dalit Journalist. A recent Oxfam-Newslaundry study found savarnas occupy 90 per cent of the decision-making positions. Atrocities against Dalits happen every day, but the news hardly appears. White supremacist domination in American newsrooms in the 1960s persists in India unchangeable as Brahminical supremacy. If there is no diversity among those who report the news, how can there be any diversity in the news itself? Caste oppression never makes headlines and doesn’t figure in primetime debates. For example, there were 81 instances of atrocities against Dalits during four months of lockdown in Tamil Nadu—but that’s not the stuff of primetime debate.

If a Dalit journalist focuses on caste, she is asked why she writes only about caste. If she writes about something else—say, sports—she is asked why she isn’t writing about caste violence. Both are forms of casteism. It shouldn’t be about their birth—just as a non-Dalit chooses what to write, a Dalit too must have the same freedom. A Dalit’s choice to write on caste stems out of a moral imperative—to be the voice of the voiceless, to make this society better, more equal—and definitely not to perpetuate caste. A similar argument is that non-Dalits should not write on caste. Of course, it’s important to understand the structure of any society before writing on a social issue. Given their supremacist experience of caste, how can caste-privileged journalists in India comprehend caste oppression and write about it if they have not even read Annihilation of Caste? I had little idea about caste until I studied journalism. In 1999, I was a witness to the Thamaraparani Dalit massacre. It left me confused, pushing me to dig deeper. I have been reading on caste since, and meeting Dalits. Any journalist needs education and field experience to become an expert on any issue. So why are non-Dalit journalists refusing to do it for caste? They should first come forward to decaste themselves. Someone living as a Brahmin, Yadav, Nair, Thevar or Goundar can never write against caste.

The oppressed communities have their own expansive life of art, culture, music, food and sports. But how many lifestyle magazines have documented the lives of Dalits in terms of their costumes, food and homes? Why are Dalit economists not approached to speak on economic issues? They come into picture only when the economy has a caste-related issue. Dark skinned journalists can never become anchors on mainstream television. Indigenous people have no space in television serials and as lead characters in cinema. I have been watching many Hindi movies on OTT platforms during the lockdown. The prominent characters are invariably Brahmins. Does life belong to Brahmins alone? Don’t other communities have love, tears, celebrations, treachery, failures and redemption? A country that has an enormous cultural map branching out of its 22 languages and 6,000 castes, chooses to uphold a single culture as its identity. India’s diversity will remain dead so long as we fail to break this vicious cycle—that Indians are Hindus, and Hindus are Brahmins, so Brahmins are India.

Jeya Rani is a journalist based in Chennai