As his city becomes a recurrent victim of terror, the Mumbaikar sinks deeper into fatalistic acceptance 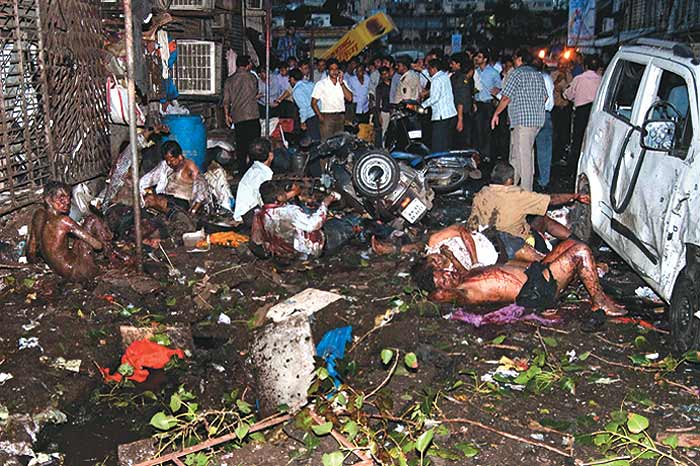 Cliches begin to resonate with truth; it’s that moment in Mumbai’s history of terror strikes. Never has the term Maximum City fitted so perfectly—11 terror attacks in 18 years, 40 different locations, 704 lives lost, 2,289 wounded, including the 18 dead (unofficial figures in the media put the fatalities at 21) and 131 injured on the evening of Wednesday, July 13, 2011, when terror struck again, at Zaveri Bazaar, Opera House and Dadar. No other metro in India has seen so much terror or rebounded to the numbing routine of daily life.

Since 1993, over a period of 18 years, Bombay has seen terror attacks in 40 locations, some of which, like Zaveri Bazaar and Ghatkopar, have seen multiple attacks. 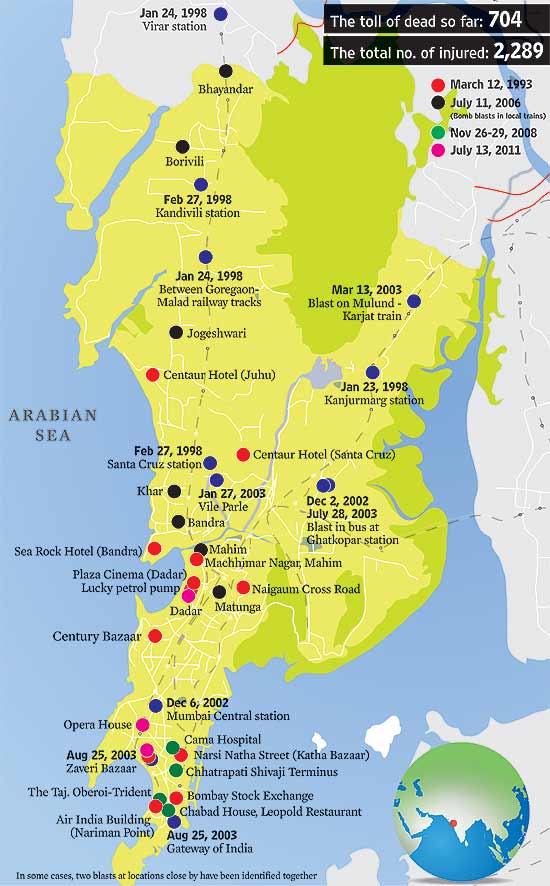