Many Jigs You Saw Add To The Puzzle

Unruliness defined the onset of 2017 in Bangalore. Policing issue? Yes, but that’s not all. 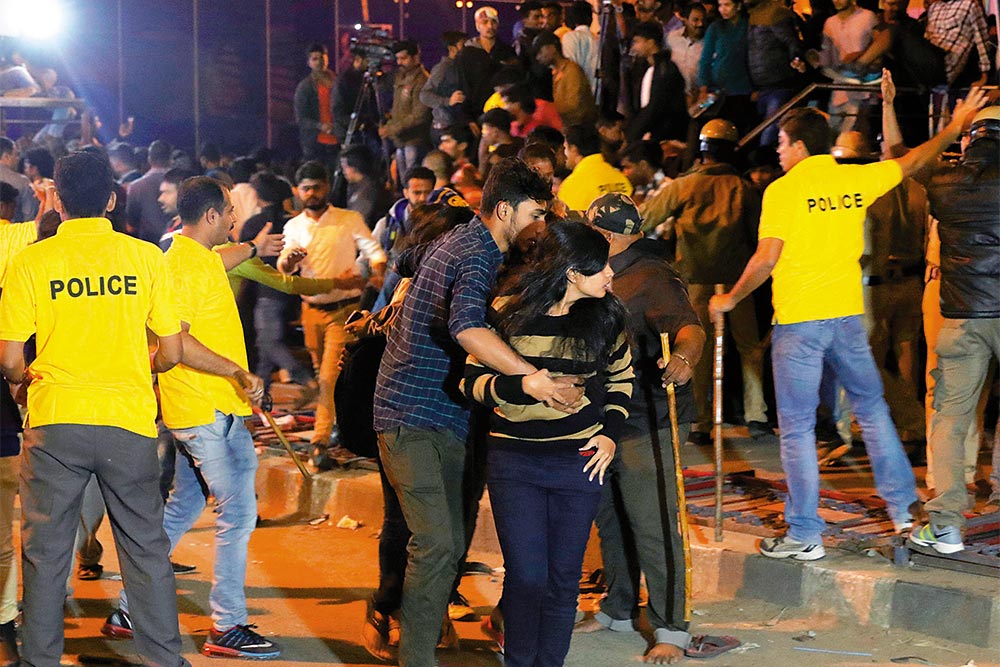 Solace
A woman is escorted out of a New Year eve revelry in Bangalore
Photograph by Getty Images
Ajay Sukumaran January 13, 2017 00:00 IST Many Jigs You Saw Add To The Puzzle

For decades, the vicinity around Bangalore’s arterial MG Road was its entertainment lifeline as well. Then, in the 1980s, on these same thoroughfares was born the city’s modern reputation as a pub town. It’s these very streets where the season’s revelry the other week hit a crescendo and then dived into a low note, leaving some stark realities, plenty of debate and much common sense which have all now distilled down to the question: “Why is a woman to blame always?”

We probably need to rewind this narrative a bit, back into the early 1970s, perhaps, to a time when there were fewer restaura­nts and bars on this high street. Old-timers recall that Kwality restaurant on Brigade Road would have a New Year’s Eve ball and so would 3 Aces, a short walk round the corner on MG Road (both the establishm­ents are now just memories). Round about midnight, people would stop by to have a look-see, taking in the season’s cheer. “I don’t remember it as a very big crowd,” rec­ounts Mohammed Hassan from behind...