Man Out Of Periscope 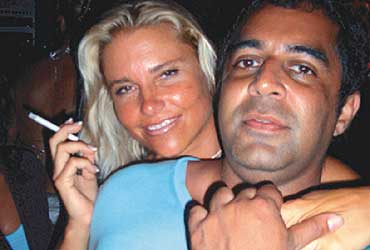 "I am a respectable non-resident Indian, I can never dream of getting involved in anything that could undermine national security. I have absolutely no connection with the transaction of the purchase of Scorpene submarines nor with the War Room Leak case of the navy."

Strange words for a man on the run from the law and close to being officially declared a proclaimed offender by the CBI. The agency has been assigned, rather late in the day, the task of unearthing the truth about the infamous naval war room leak case in which classified information was smuggled out on pen drives in May 2005. Three navy officers were dismissed in the case and have charges framed against them under the Official Secrets Act. Among the civilian recipients of the information was Ravi Shankaran, currently on the CBI’s wanted list.

Why was the CBI handed over the case only in February this year? Sources in...