Man Of The Moment 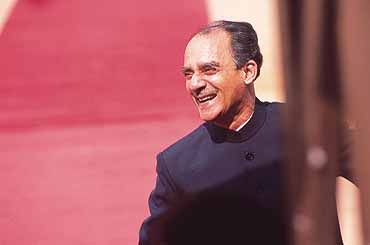 outlookindia.com
-0001-11-30T00:00:00+05:53
Disinvestment minister and firebrand Arun Shourie had it coming. At midnight last Tuesday, Prime Minister A.B. Vajpayee succumbed to the L.K. Advani-driven, 48-hour-long "remove Pramod Mahajan" campaign, and by next morning it was finalised that Shourie too would be shunted out of the disinvestment ministry and given the commerce portfolio. But then Shourie reacted like a wounded tiger and saved the day for himself, as he did six months ago.

He met Vajpayee on Wednesday morning at the latter's residence and made it clear he would have no option but to resign if removed. His argument was simple: he was not keen on commerce and his family commitments would not allow him to do justice to a post that requires jetsetting across the globe. Commerce, after all, primarily involves wto negotiations. The plainspeak clinched it. By afternoon, Shourie walked away with the cake while eating it too.

Game, set, match, disinvestment, telecom and IT to Mr Shourie. So, how did his survival strategy work, when Mahajan's didn't?

Initially, Mahajan was to stay. On Monday, during...