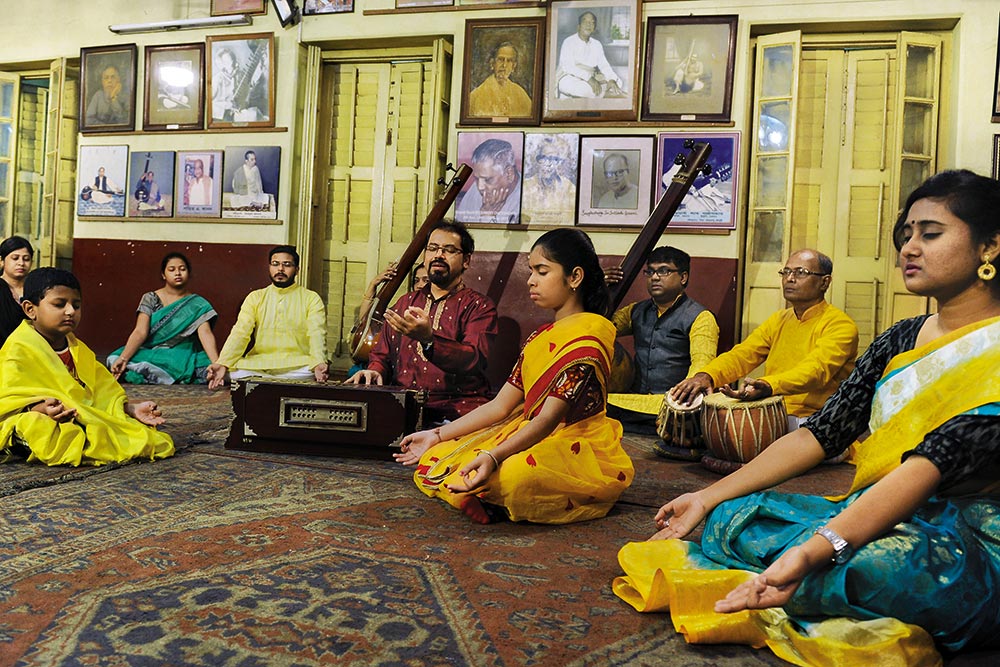 Koushik Bhattacharya in a class with his students in Calcutta
Photograph by Sandipan Chatterjee
Dola Mitra May 24, 2018 00:00 IST Malhar For Nerves

Doctors had declared that he would never walk. But even as a child, Koushik Bhattacharya knew otherwise. He did not understand why his parents were depressed. Their only son had been diagnosed with polio as a ten-month-old and they had braced themselves for life-sapping difficulties. But what the eminent musicians of the Andul Kali Kirtan gharana did not realise was that their child was curing himself with what Bhattacharya—a 45-year-old classical musician who uses ragas to treat psychological diseases—himself now calls the “healing power of songs”. Not that he wasn’t ever demoralised. The sight of other boys playing sports did produce its share of sadness, but all that would disappear when he heard his father, Pandit Pat­aki Bhattacharya and mother, Roma Bhattacharya do riyaaz.

“I felt intense happiness when they practised music and I started to realise that the positive energy this generated was having a direct impact on me physically,” Bhattacharya, now 43, recalls. “It made me feel elevated, as though I could do...