Kerala Muslims have largely followed the path of peace—it’s been one century free of violence. Of late, extremism is rearing its head, but the literate state still has the antibodies. 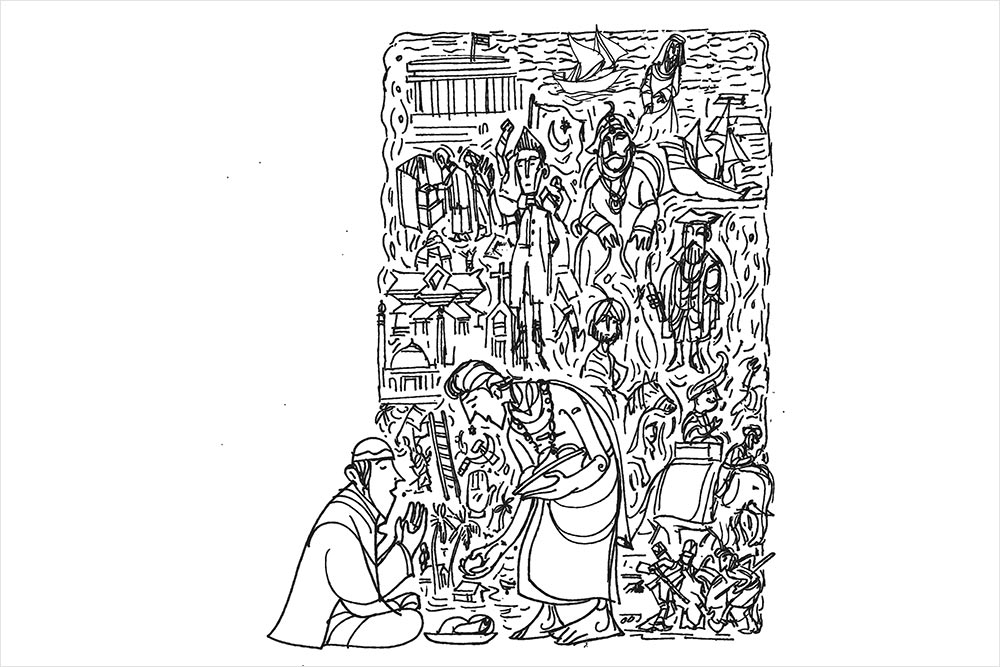 In the 1990s, an ‘RSS-leaning coconut tree’ belonging to a Hindu household often damaged the clay roof-tiles of a Muslim shrine in a small Kerala village. The coconuts would fall on the roof of the mosque, causing such damage that the issue soon built up communal tension. Repeated requests to cut the offending tree fell on deaf ears. Finally, both parties decided to take the matter for mediation to the much-revered spiritual leader, Panakkad Syed Mohammedali Shihab Thangal (1936-2009), the supremo of the Indian Union Muslim League.

After a patient hearing of both sides, the Thangal took out some money, gave it to the president of the mosque committee and declared, “The masjid has to be demolished. The clay roof-tiles should be replaced with concrete.” Popular belief—call it superstition if you will—is that if the first donation is from the Thangal, his blessings will follow the project until its successful completion. The parties returned to their Malabar village by night. The old lady in the Hindu household was distraught when told of...