All style and no substance. 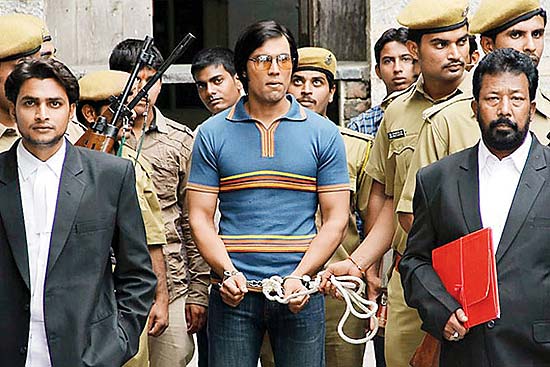 Main Aur Charles is one big mess, all style and no substance. An opening scene, where we have a wonderful shot of a pair of expensive shoes on a man reclining on a boat, held promise, but the whole film went rapidly downhill after that. The first half takes us backwards and forward in the life of Charles (played by Randeep Hooda) from 1968 to 1986—in Bangkok, Goa, Delhi, Bombay—in small fragments that are utterly confusing even if the viewer is paying attention to the captions. Much of the story is told in voice-over rather than action, a lazy way of making a film. Main Aur Charles begins with a disclaimer that none of the characters bear any resemblance to anyone living or dead. Ha!