Mahout Who Lost The Elephant

The decline and fall of Mayawati is also the end of a Dalit dream. Does she have it in her to rebuild the movement and the party? 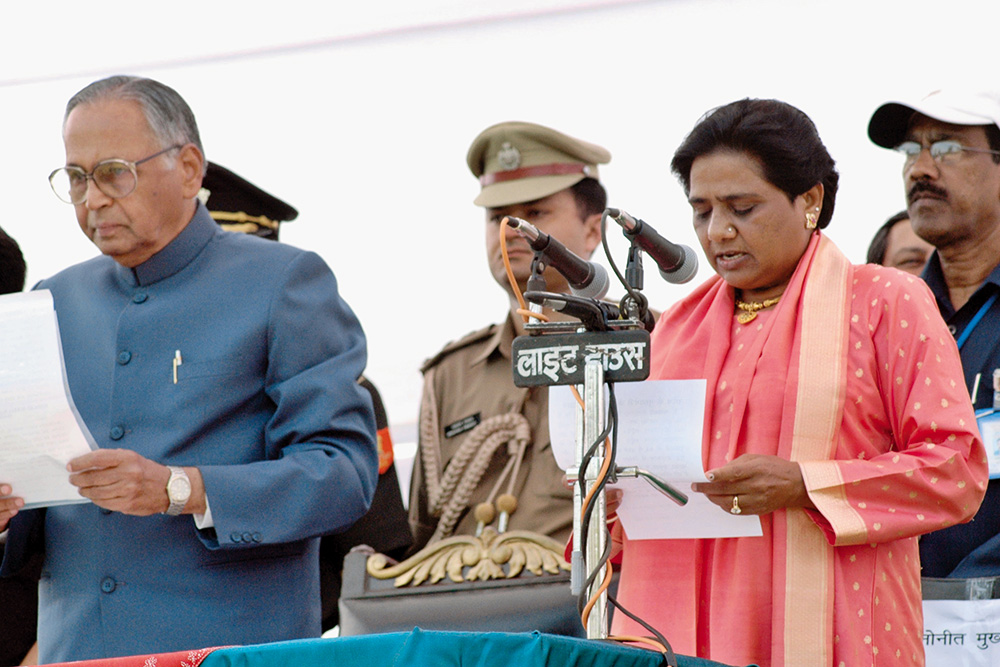 Back in 2007, it came with all the accumulated joy of an old dream being realised. Mayawati was taking oath for the fourth time as CM of India’s most populous and political state of Uttar Pradesh—this time with a majority unprecedented for any Dalit party. It seemed like Dr B.R. Ambedkar’s dream of a self-sustaining Dalit politics, which he initiated in 1936 by founding the Independent Labour Party (ILP), was finally bearing fruit. Mayawati’s rise was ascribed to the Bahujan Samaj Party’s ideology and its founder Kanshi Ram’s vision.

Mayawati’s victory seemed like a decisive inflection-point in Indian politics—it filled Dalits across the country with great pride and elation, and created a great reverence for Mayaw­ati among them. Outside estimations reinforced the Iron Lady halo. She was even seen as a potential prime ministerial candidate by observers and other parties alike. In 2007, she was on Time magazine’s list of 15 most influential persons of India and among Newsweek’s top woman achievers. In...