Director of the Indian leg of Eve Ensler’s cult play, The Vagina Monologues, based on over 200 interviews with women on sexual violence 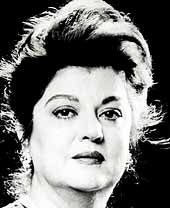 Why couldn't you stage it then?
I got absolutely no support—from the corporate world or from people I thought could do these roles.

What was their reaction like?
Some actresses told me I shouldn't even utter the word. But it's not a dirty word, or an abuse. It's part of your anatomy, a very necessary part.

Surprisingly, Pakistan staged it before us.
Eve Ensler was to come to India first. She was also supposed to perform one of the monologues, with people like Judi Dench and Jane Fonda.

Why didn't it happen then?
The government asked for 50 per cent tax from these "foreign" artistes! They were merely coming here to stage the play and raise a shelter for abused women in India.

What is V Day?
Vagina Day, celebrated around Valentine's day.

Has Eve been a part in all performances?
Yes, mostly.

Does the play target a particular mindset?
The...