Madhya Pradesh Elections May Not Be A Two-Horse Race

Small and regional political outfits may muddy the waters for the BJP and the Congress in Madhya Pradesh. 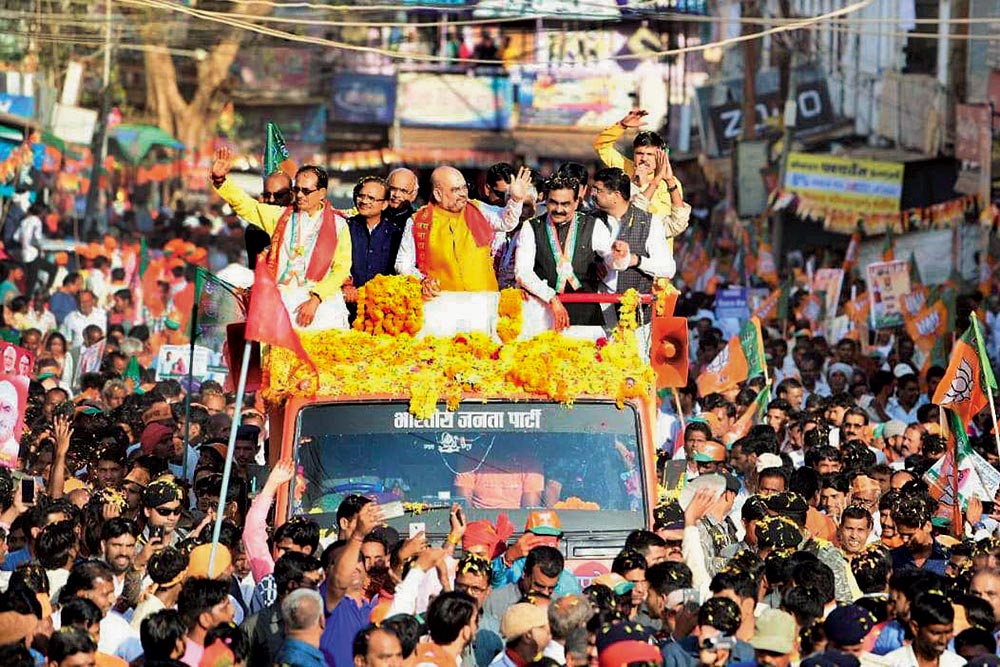 With a clutch of small and regional political outfits throwing their hat in the electoral ring, the upcoming assembly polls in Madhya Pradesh may not be a two-horse race—as elections have always been in the state. These parties may muddy the waters for the two key players—the BJP and the Congress. To date, the Samajwadi Party (SP), the Bahujan Samaj Party (BSP), the Gondwana Gantantra Party (GGP), the Jai Adivasi Yuva Shakti (JAYS), the Samanya Pichhda Evum Alpasankhyak Varg Adhikari Karmachari Sanstha (SAPAKS) party, the Aam Aadmi Party (AAP), the Janata Dal (United) (JDU) and the Nationalist Congress Party (NCP) have announced they would be fielding candidates. Some of them intend to contest all the 230 seats. The NCP says it will join the fray in 200 constituencies, while JAYS, headed by Dr Heeralal Alawa and entering the arena with the slogan ‘Abki baar, adivasi sarkar’ (this time, an adivasi government), will stick to 80 seats where adivasi voters have a decisive say. The assembly has 47 seats reserved for the STs, while adivasi votes impact the...