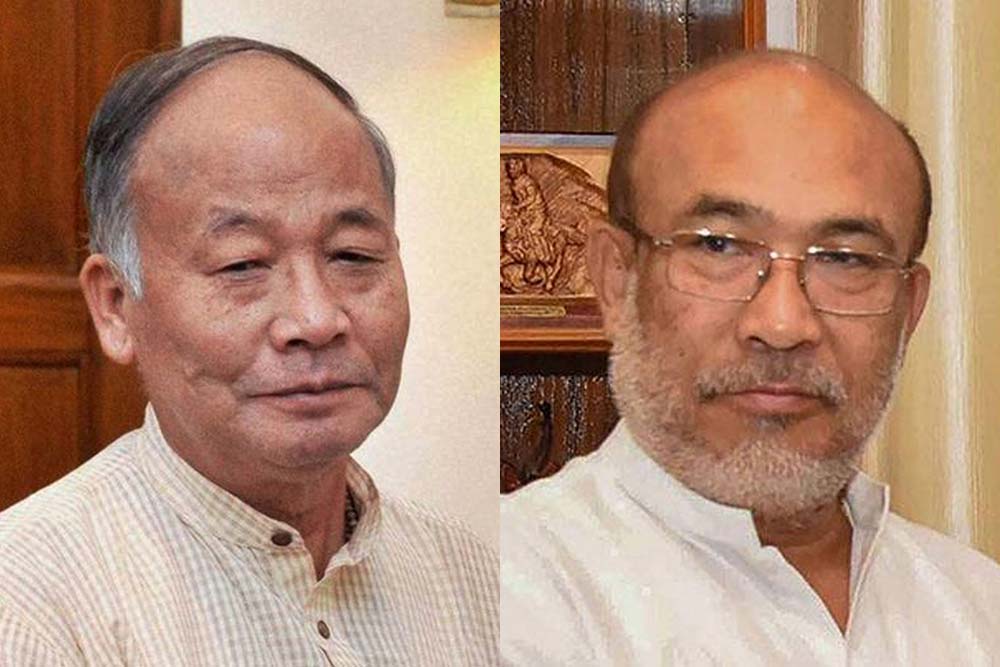 In the hills and valleys of the North­east, as the saying goes, politics gets as fickle as the weather in the region. It took the BJP barely three years to find out that it’s easier to rise to the top than stay put. And this is only about Manipur.

On June 18, the Congress staked claim to form a government in the Northeastern state, a day after the BJP-led government was reduced to a minority in dramatic and quick-changing developments.

On Wednesday, nine MLAs, including three from the BJP, four from NPP, one from Trinamool Congress and one independent legislator, withdrew support to the BJP-led coalition government of chief minister N. Biren Singh.

In 2017, the Congress had won 28 seats and the BJP 21. The BJP, however, managed to form the government with the support of four NPP MLAs, four from the NPF, a lone member of the Trinamool Congress, one MLA of the Lok Janshakti Party (LJP) and an independent member. The BJP also enjoyed the support of seven Congress MLAs, who are still members of the party but a case of their disqualification is pending in...