Long Wait For A Potful 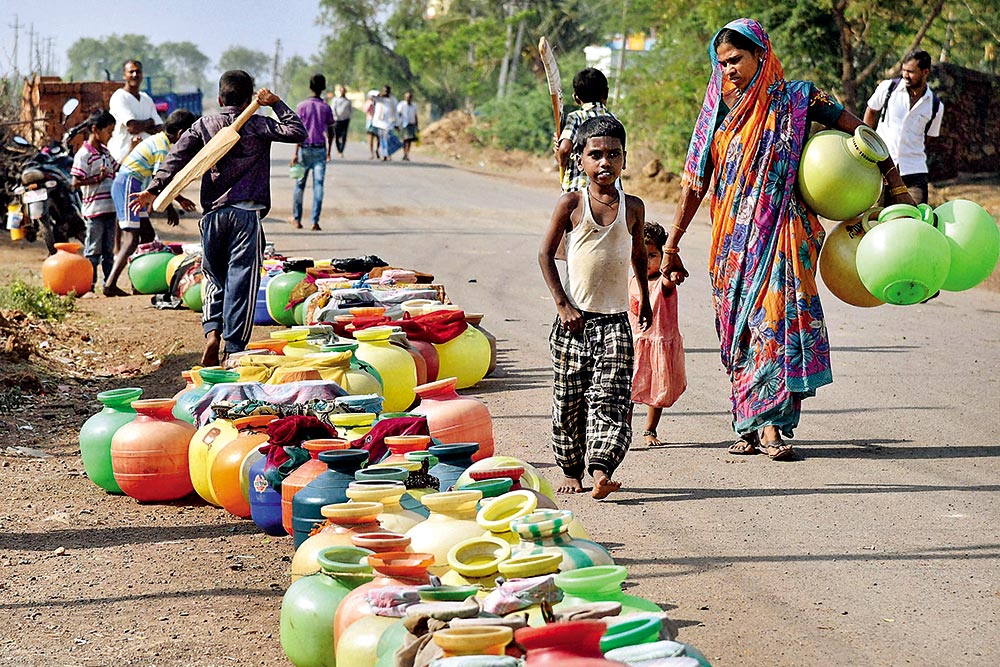 Queue
People line up to collect water in a village off Hubli
Photograph by PTI
Ajay Sukumaran March 31, 2017 00:00 IST Long Wait For A Potful

Bevu bella is the traditi­onal way to usher in Ugadi, the new year, in Karnataka. It’s a simple recipe: bevu (neem) mixed with bella (jaggery). And, it holds a profound symbolism: the bitter-sweet cycle of life.

“This year, there’s only the bitter,” says Kurbur Shantakumar of the Karnataka Sugarcane Growers Association, as he describes what has been a harsh drought across the state when the festival passed by in end-March. “Tanks have dried up and cattle have no fodder. Farmers are selling off their cattle.”

The farmlands of Karnataka—a Deccan state that is typically one of the biggest beneficiaries of monsoons in India—have been reeling under consecutive drought situations for the past several years. During the kharif season in 2016-17, as many as 139 taluks (out of the state’s 177) were declared drought-hit. That number rose to 160 in the rabi season. The 2016-17 foodgrain production is expected to decline to 91.54 lakh tonnes vis-à-vis 96.44 lakh tonnes in 2015-16, according to the...