Prudence saved the day, but Doklam will cast a long shadow 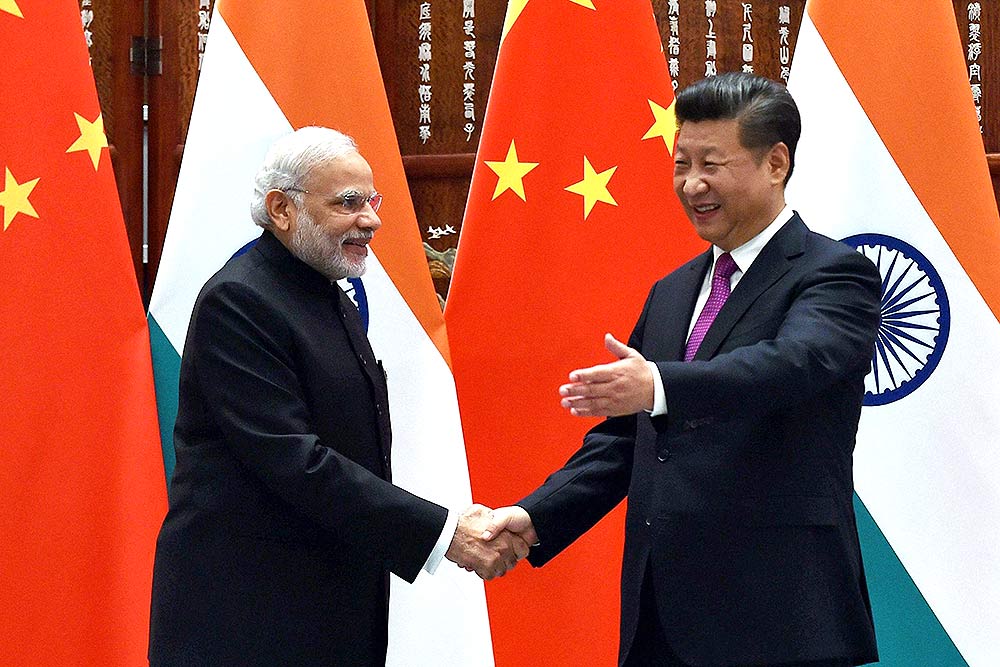 Two Hussars
Modi and Xi can meet at the BRICS summit without a shadow hanging over them
Photograph by PTI
C. Uday Bhaskar August 31, 2017 00:00 IST Long Night’s Ride Into Dawn

The 72-day long face-off between Chinese and Indian border personnel in the Doklam plateau of Bhutan was quietly, albeit opaquely, resolved on August 28, with New Delhi and Beijing arriving at a low-key modus-­vivendi. The original trigger for this tense face-off was the road construction activity of the PLA (Peoples Liberation Army) in an area deemed to be disputed between Bhutan and China. Since Thimphu was unable to prevail upon Beijing to desist, India, as per its treaty obligations with Bhutan and related security concerns apropos the Siliguri corridor, moved its troops to buttress the Thimphu claim.

To the credit of negotiators from all sides, the Doklam face-off has been resolved for now, with Chinese road construction equipment being moved away and Indian troops withdrawing in a mutually agreed manner.

Bhutan, the directly affected party, has welcomed this diplomatic closure to what could have been a costly conclusion, had it escalated to a military skirmish or limited exchange of ordnance. PM Narendra Modi is also preparing for the BRICS Summit to be...