Just another home video? Nah, it opens up an entirely new, young window to the Northeast 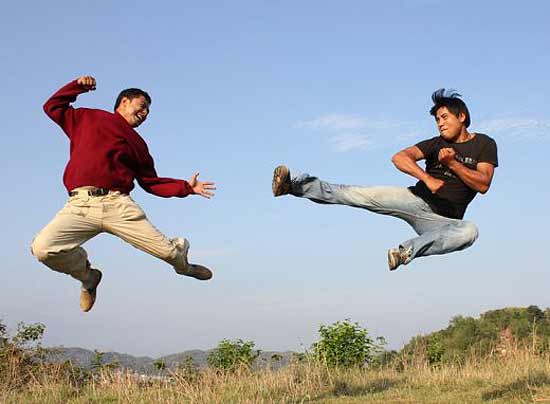 You can very easily dismiss Local Kung Fu as just another home video. The film has a rough-hewn, homemade feel—Kenny Basumatary put it together for a minuscule amount, using his own family members and fri­ends for actors. But rat­her than take away anything, it adds to the film’s charm. What’s more, the actors may not be trained but their comic timing is well in tune. It’s a hyper­-energetic, cocky, funny action film about local kung fu street fights in Guwahati. Basumatary himself plays the hero Charlie, who tends to get an upset stomach by eating mutton and will change his old mob­ile, held precariously tog­ether by a rubber band, only after he has won over the uncle of his lady love....