Liberalisation has made the middle class assertive. Now shed cynicism, and it can produce model citizens. 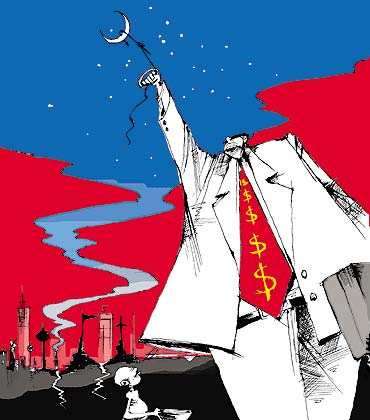 outlookindia.com
-0001-11-30T00:00:00+05:53
When I wrote The Great Indian Middle Class almost 10 years ago, this class was emerging from the shadows of the socialist era, and beginning to revel in the new consumerism to which the reforms of 1991 gave both legitimacy and opportunity. Most middle-class Indians had only paid lip service to notions of Gandhian austerity and had little faith in the efficacy of Nehruvian socialism. In those early days after liberalisation, their self-assertive materialism was spontaneous but tentative. There was still a reticence in completely disowning the ideological imperatives of the past. The middle class sensed that its time had come, but was not quite sure whether it should say so emphatically. Its members were adjusting very well to plastic money but a little less well to the ballot box which had empowered so many of the unwashed masses below them.

What has changed in the last 11 years? Firstly, the class has grown in numbers. If a decade ago it was in the vicinity of over 200 million, today I reckon it is closer to the half-billion mark....