The pugnacious Sunita Narain fought governments and corporates on behalf of the voiceless against environmental degradation. This is her story. 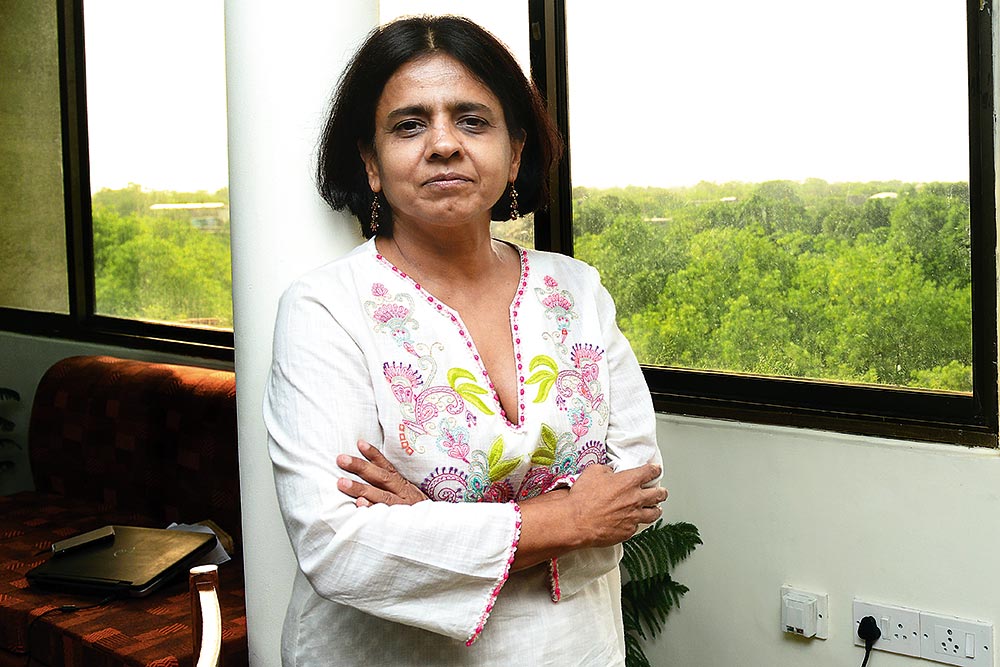 Photograph by Getty Images
Sunil Bahri January 12, 2018 00:00 IST Like Cola Through A Sieve

Biographies of warriors such as Alexander, Babur, Napoleon make for fascinating reading. Sta­­ring with modest resources, they expanded their jur­­isdict­i­ons across diverse lands and people, leaving permanent legacies. A common trait among them was lack of fear, and a passion and love for conflict. The memoirs of environmental activist Sun­ita Narain, aptly titled Conflicts of Interest: My Journey through India’s Green Movement, reads like the acco­unt of one such warrior. She ventured to wage battles against the mighty on diverse issues, including air pollution, use of pesticides and their impact on ground water, climate change and carbon emissions, tiger conservation and managing water and waste.

Initiated into environmental activism at 21 by her employer and mentor Anil Aggrawal, Sunita took on his mantle after his premature demise. She brought to their agenda and work fearlessness and agression that eventually brought her org­­a­­nisation, Centre for Science and Environment (CSE), to the public policy...