Life’s Wisdom As A Fine Art

In a novel about Tagore and his female relatives and companions, the poet emerges as a fallible man 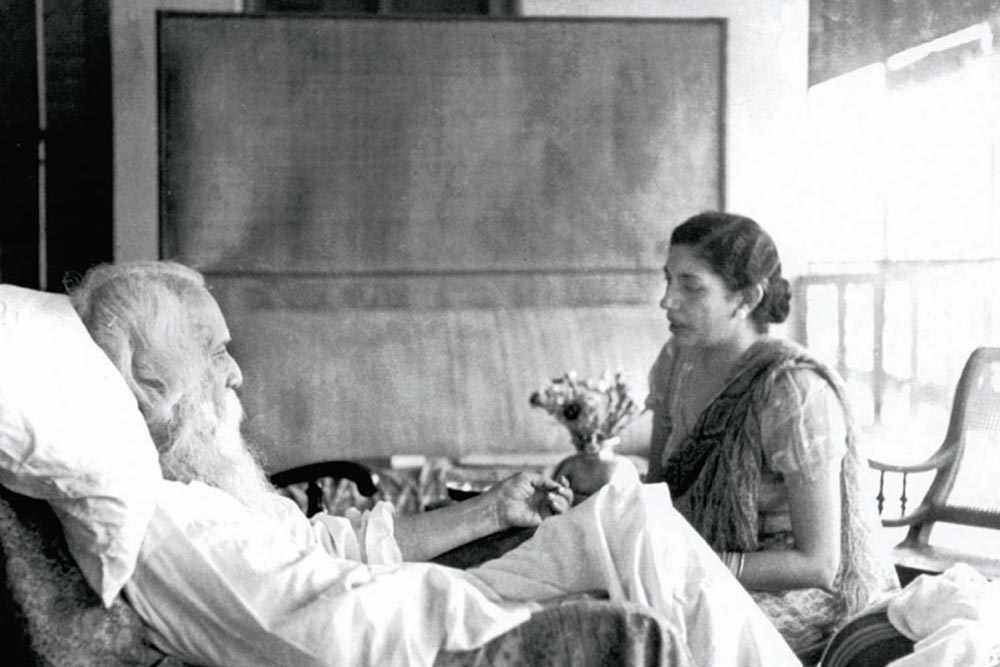 Poet And The Admirer
Rabindrananth Tagore with Lady Ranu Mukherjee

Historical novels, especially those based on actual characters, are not just difficult to write but also demanding for the reader. While writers have to be meticulous in their res­earch, readers need to be more than just vaguely aware of the historical setting and have fair knowledge of principal character(s). Because histories are most often accounts of the victors in political and military battles, there is a paucity of records of other asp­ects of society. Literature, the all-imp­ortant mirror to the life and times of the writer, has been studied principally from the critical or literary perspective. Writers from the past are rarely examined for their non-literary actions, even in their biographies, unless they had a major impact on society and politics of the time--for instance, Rabindranath Tagore’s decision to forsake the knighthood bestowed on him by the British.

There is no dearth of writing on Tagore’s large volume of work and there are several biographies too. Since 2011, his 150th birth anniversary, there were several addition to the...