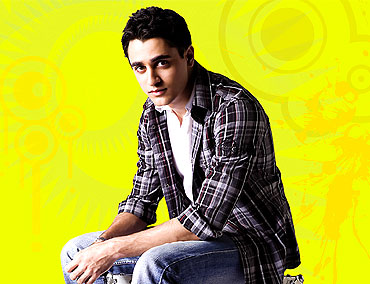 outlookindia.com
-0001-11-30T00:00:00+05:53
Imran Khan hasn't met his close friends in two weeks; their SMSes are lying unreplied in the inbox. New scripts are piling up for his approval but he doesn't have a moment to look at them. He is on a spin, rushing from town to town—he's been to Dubai, Delhi and London, has just returned from Nagpur and is rushing off to Pune after having spoken to Outlook. All to promote his debut film—Jaane Tu...Ya Jaane Na—that has rocked young India and come like a shower of relief for the parched Bollywood BO. Rival trade websites, for a change, are unanimous in calling it the biggest hit of the year so far. Young women, specially, seem to want more than just a piece of Aamir Khan's nephew; his clean-cut good looks, poodle eyes and that "luscious bee-stung pout" making many hearts skip a beat.

Imran is finding the response overwhelmingly unreal. "We thought the film would get a decent opening and would build by word of mouth," he says. But it has fetched the best initial takings this year and is only gaining in strength with every...