A page on the latest in medical science 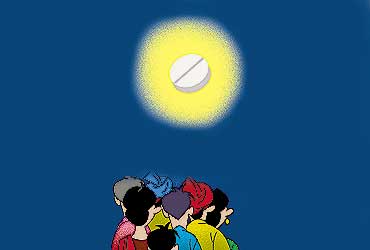 outlookindia.com
-0001-11-30T00:00:00+05:53
The Parasite Killer
A new, highly-effective cure for visceral leishmaniasis, one of the most deadly diseases of the developing world, has been developed by an international team of scientists, reports the New Scientist.

This is great news for India, home to half the victims of leishmaniasis in the world. Although injectable drugs are available, 80 per cent of the patients in India are resistant to even the most effective of these. Still worse, about 9 per cent of treated patients die from heart-related side-effects. Not surprisingly, India has become the first to license it and the drug is expected to hit the market this September. India plans to eliminate the disease by 2010.

Leishmaniasis is a parasitic disease transmitted to humans through the bite of a sandfly. The visceral form—also known as black fever and kala azar—is the most deadly of its four forms, killing about 60,000 people every year. The parasite attacks cells in the spleen, liver and lymph nodes, causing immune...