Thiruvalluvar, author of the late Sangam-era classic Thirukkural, as a cherubic Brahmin? The Tamil Nadu pre-poll cauldron gets a textbook Aryan-Dravidian controversy…. 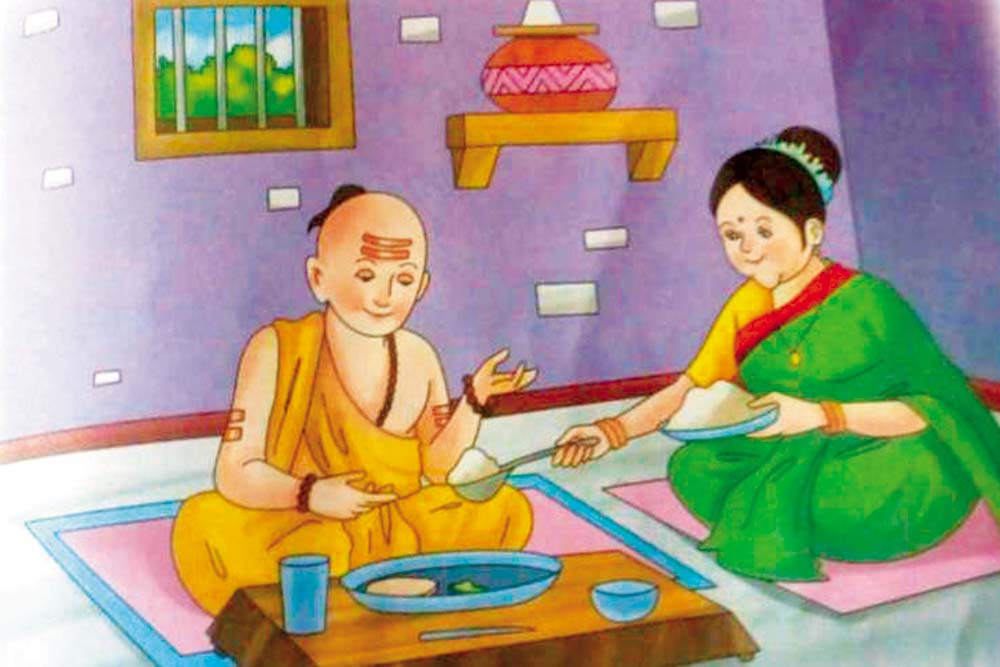 Thiruvalluvar and wife Vasuki in the textbook illustration

It is probably the most quoted Tamil literary work by non-Tamil political leaders, PM Narendra Modi included. Called Thirukkural, it is a compendium of 1,330 couplets packed with wisdom and life lessons. Though it is one way for the BJP to Tamilise its north Indian credentials, there have also been other attempts to saffronise Thirukkural’s author Thiruvalluvar. The latest attempt, according to Dravidian leaders, is the pictorial depiction of Thiruvalluvar in a Class 8 CBSE Hindi textbook accompanying a lesson on the life of the Tamil savant. The illustration had depicted Thriuvalluvar sporting a saffron robe, single-knotted hair and wearing rudraksha beads around his neck and arms and holy ash smeared on his forehead—symbols usually associated with Hindu saints. His wife Vasuki is shown serving food.