There is no way the government can put lakhs of people in detention centres, pending the final resolution of their citizenship. The political fallout would be disastrous both nationally and internationally, writes GK Pillai. 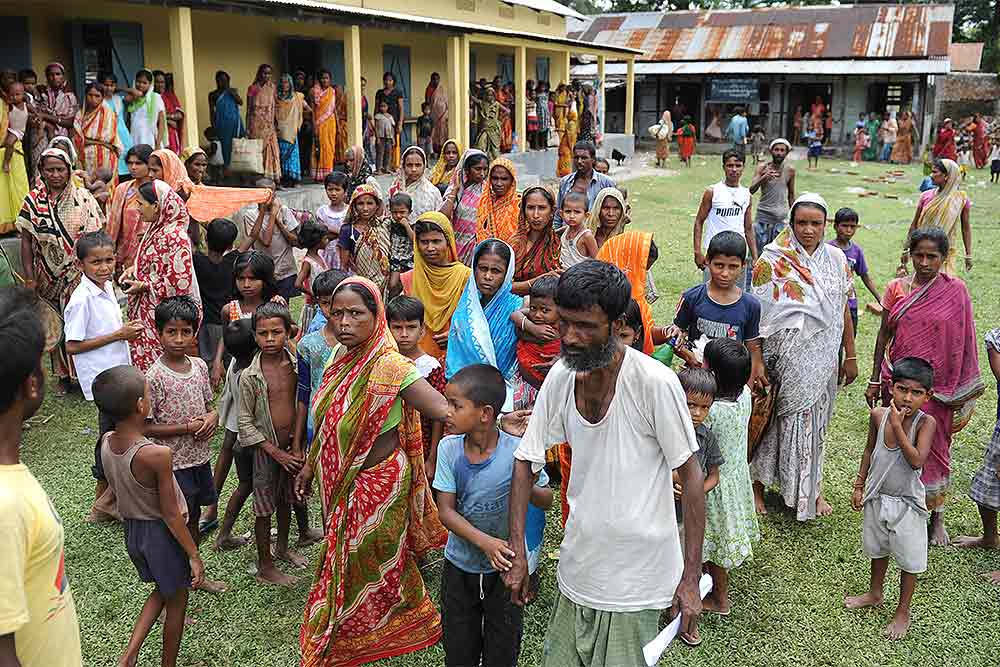 Home And Hearth
There is no way lakhs of people can be put in detention centres pending resolution of their citizenship
Photograph by Sandipan Chatterjee
G.K. Pillai July 26, 2018 00:00 IST Let’s Not Be Blind To People Whose Fate Depends On NRC

The final draft of the National Register of Citizens (NRC) in Assam would be ­pub­­lished on July 30. The first draft published a few months ago had included around 1.93 crore people, even though subsequently the bona fides of around 1.5 lakh people on this list have been questioned. After the final list is published, it is expected that around 30-50 lakh people residing in Assam would not be included and, hence, automatically treated as illegal mig­rants or foreigners.

In accordance with assurances given in the Supreme Court, they would have to be deported to their country of origin, most likely Bangladesh. It has also been assured that the initial list of ‘foreigners’ is only a draft and they would have adequate opp­or­tunity for making representations to the Foreigners Tribunals. Once the list is amended, a clear picture of the actual number of foreigners or stateless persons in Assam would be known by the end of the year.