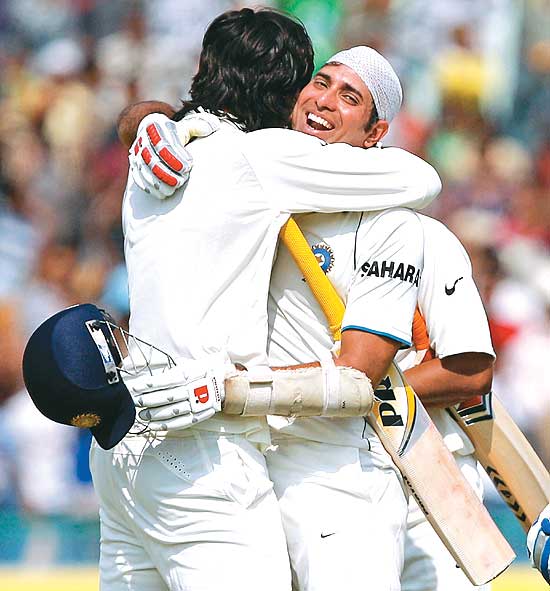 It is easy to recognise V.V.S. Laxman each time his toothy grin fills up half the front page. But is it all that difficult to imagine him as a doctor, which is actually what his doctor-parents wanted him to be? Imagine a mercenary hospital milking the masses. Imagine an emergency room full of flashy white coats discussing golf swings, luxury cars and country homes. Now, imagine the expert, called in to help only when a life has to be saved, making a ooh-inspiring cut here, an aah-inspiring stab there. Imagine.

Resident non-Indians who cannot utter Vangipurappu Venkata Sai without breaking into a grin have settled on ‘Very Very Special’ to work their way around his name. But if there is a full form of vvs that comes closest to capturing the essence of Laxman, it has to be ‘Very Very South Indian’. A quiet, understated, tough-as-nails winner like his other peninsular pals and peers: Anil and Rahul and Sri.

In a post-liberalised India that has seen the loud Punjabification of the republic in the way we walk,...