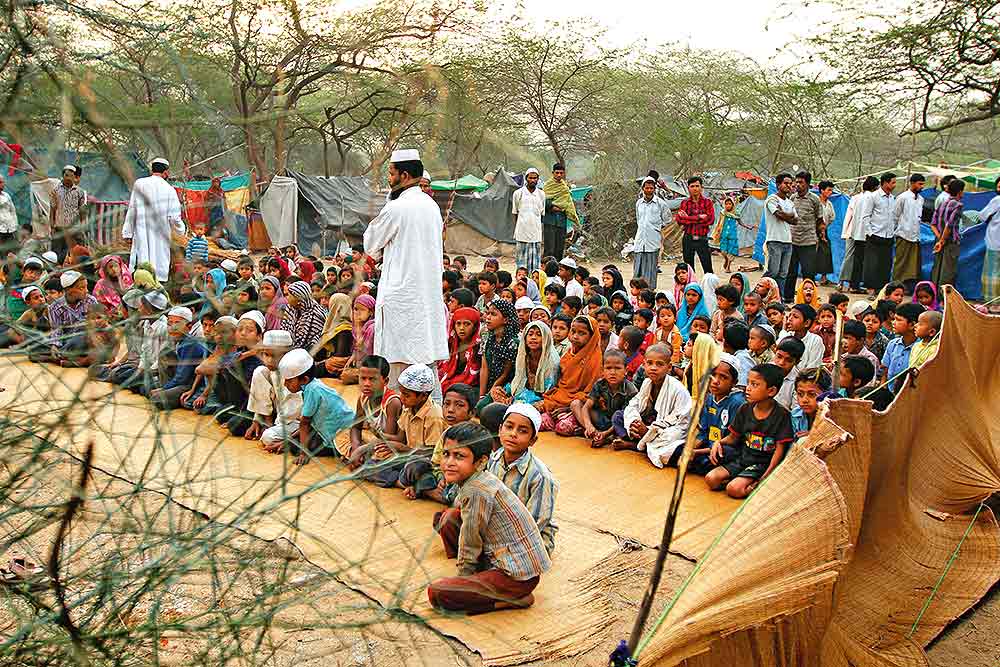 The Supreme Court is set to dec­ide the fate of tens of thousands of Rohingyas who presently find refuge in India, following their exodus from ethnic persecution in Myanmar. Lawyers app­earing for the now stateless people are convinced that there is constitutional ground and legal precedent to support their plea despite the abse­nce of specific legislation.

The UN has estimated there are 40,000 Rohingyas in India, of whom 16,000 have been recognised as refugees.

Lawyer Prashant Bhushan first appr­oached the Supreme Court on the behalf of some of the Rohingya refugees against summary deportation. Noted civil rights lawyer Colin Gonsalves joined on behalf of Rohingyas in the Jammu camps. Leading the arguments will be the noted jurists Fali Nariman and Rajeev Dhavan, who has authored what is probably the only book on the subject—Refugee Law and Policy in India.

The Union home ministry has said that they consider the Rohingyas to be a “drain on resources”, and their ejection to be in the interest of “national...