You’ve heard of leaderless movements. The Congress has invented a variation: the leaderless party. A new prez will come by June, after a string of polls. New, did we hear? 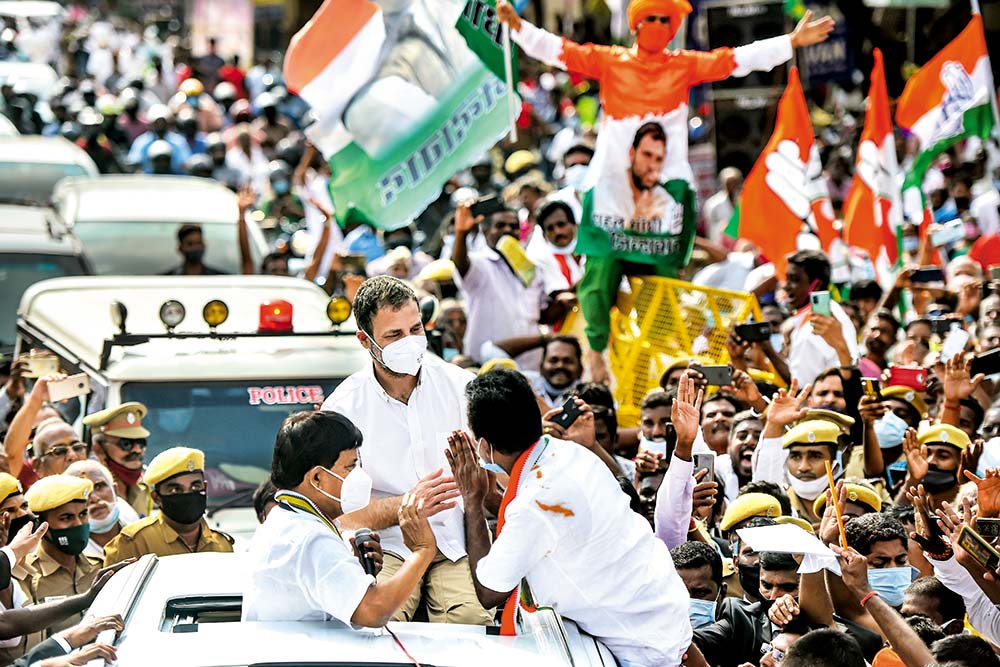 And yet again, the Congress delays its organisational polls to elect a full-time president—this time, till June. Perhaps for the sake of variety, the yawn-inducing suspense over who will take the baton from Sonia Gandhi has a comical twist. Party veterans in the Congress Working Committee (CWC) seem to believe that voters in at least four states and a Union Territory that are due for assembly polls in April-May can be convinced that the Congress is the right choice to lead them, even if the party can’t decide who it must be led by.

After four months of deliberations, the Congress’s Central Election Auth­ority (CEA), headed by Madhus­udan Mistry, recommended to the CWC that elections for the president’s post be held in May. At the CWC, Ghulam Nabi Azad, P. Chidambaram, Anand Sharma and Mukul Wasnik insisted on “immediate elections”. However, the CWC dec­ided to delay the polls till June so that the party can focus on the assembly polls due in West Bengal, Tamil Nadu, Kerala, Assam and Pondicherry. Cong­ress general...