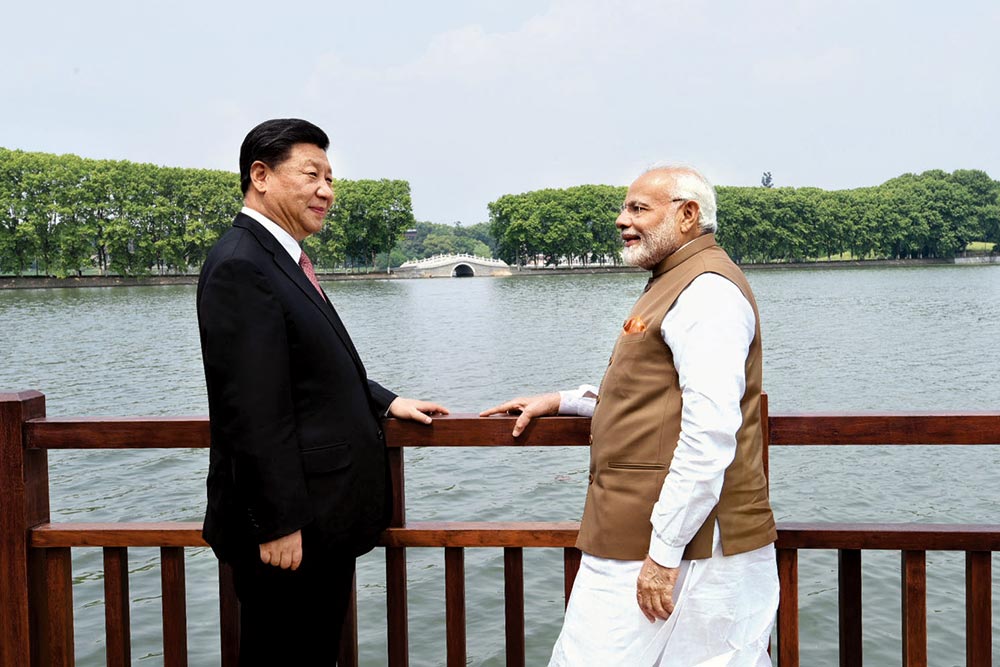 Rise Together
Prime Minister Modi and President Xi by the East Lake, in Wuhan, China on April 28
Photograph by PIB
Pranay Sharma May 03, 2018 00:00 IST Lake Placid

A correlation between the departure of one of India’s longest serving foreign secretaries, S. Jaishankar, and a visible improvement in Sino-Indian relations is lik­ely to be seen as a tenuous argument meriting an outright dismissal from seasoned Indian diplomats.

Yet, sections within and beyond the Indian foreign policy establishment are joining the dots and linking recent developments in South Block with those in the outside world, seeking to explain the informal April-end summit between Narendra Modi and Xi Jinping in Wuhan.

The unique dialogue between the leaders has raised hope that this could remove bilateral strains and bring the two nations closer for a more cooperative and realistic partnership. As both were looking for steps towards a rapprochement in a post-Doklam scenario, some global developments, perceived to be significant for both countries, might have played a role in hastening a thaw. A change of guards at South Block, with Vijay Gokhale, an old China hand, taking over as foreign secretary, along with two other seasoned China...