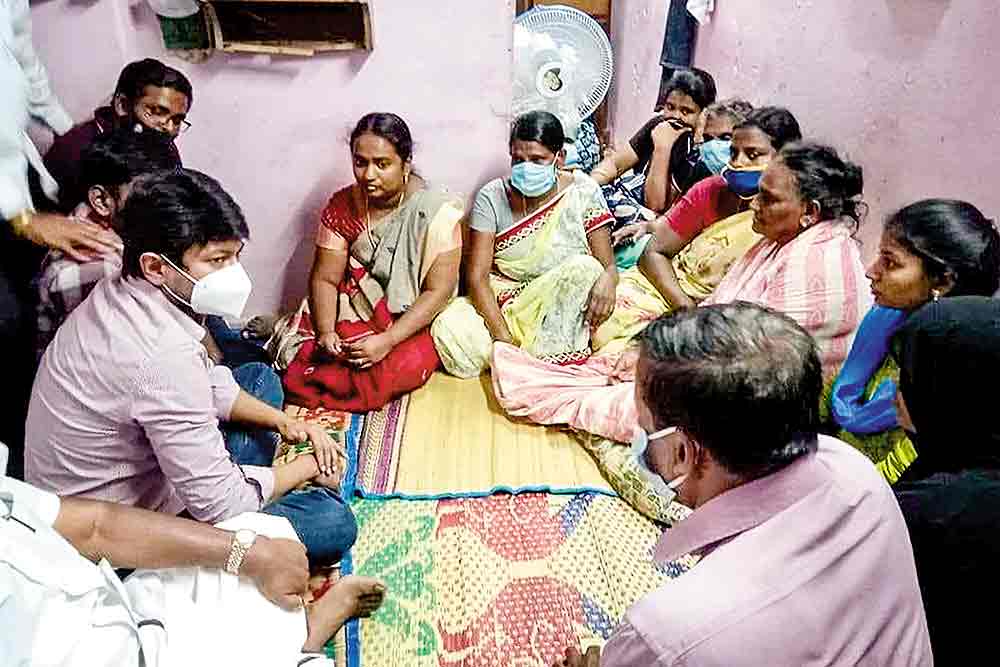 The family of P. Jayaraj and his son, Benick, mourn their death in police custory
Photograph by PTI
G.C. Shekhar July 02, 2020 00:00 IST Khakis In Devil’s Pond

Sattankulam translates into Devil’s Pond. The police station attached to this small town in south Tamil Nadu’s Thoothukudi district lived up to that dystopian name when it claimed two lives in a horrific example of police torture. Till that fateful night on June 19, P. Jayaraj, 58, a timber merchant and his son, J. Benicks, 31, who owned a mobile phone shop, had never stepped into the police station. The father and the son, who regularly donated his AB -ve blood and travelled around with his friends, were law-abiding, ideal citizens.

Jayaraj was taken to the police station for keeping his shop open beyond the 8 pm Covid curfew. His son went to bring him back. Ideally, he should have been allowed to go on personal bail. But it was not to be. A group of sub-inspectors and constables allegedly rained lathis and blows on them. The savagery continued for hours, the family alleged, before they were taken to a magistrate—who looked at the two battered men from the second floor of his home—and remanded them in judicial custody. A government doctor certified...