From TV and multiplex cinema, the actor is now approaching stardom. Here’s the path he travelled. 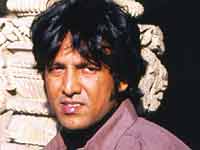 Your performance in Paanch is being raved about but the film is yet to be released.
Yes, I've been waiting for five years.

Do you resent the fact that Bollywood treats talent this way?
Initially I did, but now I tell myself that as an actor I am required to act. I am indifferent to what happens after that.

Your last two films—Hazaaron Khwaishein Aisi and Sarkar—have brought you into focus again.
It happens every few years. It happened when I did the play Mahatma vs Gandhi, after Paanch and now after these two films.

Lesser actors are getting more films.
I haven't had much choice. Now I too am seen as a crowd-puller.

What was working with Bachchan like?
I now know that he has the right to be where he is. His sincerity is amazing.

And Abhishek?
He has something to offer as an actor. He needs to identify it and hone it.