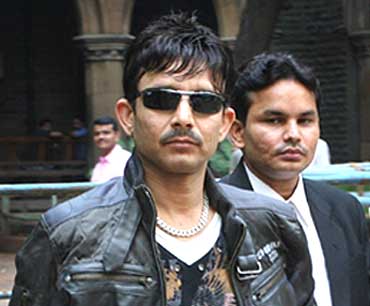 Despite a clean chit from the censor board, the film has been banned in Maharashtra.

We have screened the film before the state home ministry and have also filed a case in the high court challenging the ban. We hope to get a positive result and the movie should be released in Maharashtra soon.

Is this about regionalism or just votebank gimmick?

As long as there are politicians around to milk the issue of regionalism, it will not go away.

Have you personally met Raj Thackeray?

To what kind of audience does the film cater?

It’s not just a film for north Indians. It’s meant for every Indian who loves India.

Did the recent attacks on north Indians inspire this film?

Well, a few personal incidents prompted us to make the film.

What is the message you want to send through the film?

We may belong to different religions and regions but we are Indians first. India is one and it cannot be...