Emigre poetry is laden with nostalgia, he says, suggesting a turf for cultural dialogue. More Stories 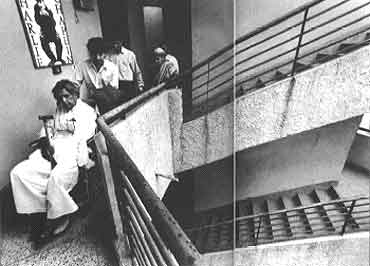 outlookindia.com
-0001-11-30T00:00:00+05:53
BEING a card-carrying communist, I was hounded by the British police. During Partition, I was underground in Aurangabad. My parents and my five brothers took the ship from Bombay to Karachi. By the time I surfaced, their ship had left.

Not a mere communist. I was too utterly reprehensible, too arch a communist for that government to risk my presence there. I got a visa during Bhutto's regime. Sub miley. Ek maa nahin thi bas (Met everyone, except ma...) Talking about this is like scratching an old scab, making it bleed.

What can one say about 1947? It was a bloody history we saw being made. One that was to repeat itself with even more animal fury in 1984 after Indira Gandhi died. We lost everything that...